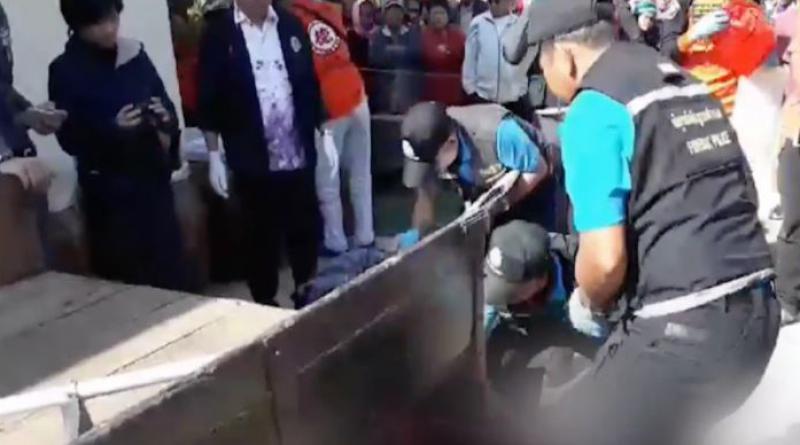 A DUTCHMAN has been arrested on suspicion of having stabbed a mother and her son to death in northeastern Surin province early this morning, Thai News Agency said today (Dec. 19).

Police rushed to a single storey house in Sawat subdistirct, Mueang Surin district, upon being alerted by 191 radio, and found Mrs Noi Somdomsuk, 57, and her son Mr Phatcharin, 30, lying stabbed to death in front of the house.

Both had been stabbed around 10 times each and had put up a fight as there was blood splashed all around. Police found a piece of flesh and hair, which seems to belong to the attacker, near the bodies.

People in the neighborhood said a western man riding a bike asked to be taken to the hospital to tend his wound, which he claimed he got after falling off his bike. However Ms Varee Somdomsuk, 20, the victim’s daughter, told police she believes the injured foreigner, a Dutchman whose name is Rene Meeuwisser, was the attacker.

She added that her sister, Ms Patcharin, got to know this man through Facebook, but while they were not close and were not involved in a relationship, he had been to their house last year.

She suspects that his motive was to rob, as he is a drifter who has overstayed his visa, but this led to a fight which ended in death.

Surin police arrested the western suspect as he was getting his wound tended to in the hospital and are collecting evidence to file charges and start a legal action.

Top: Rescuers remove the bodies of the mother and her son who were stabbed to death early this morning. Photo: Thai News Agency.

In-text: The Dutchman in the hospital after getting his wound dressed. Photo: Thai News Agency 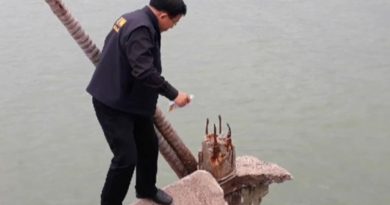 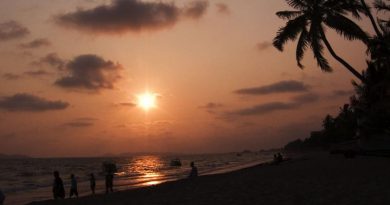