Officials have seized over 2 Million THB of E-Cigarette juice. Police Major General Yanupong Somapa from the Royal Thai Police, Police Colonel Prasatporn Srisuko from the Bang Kaeo Police Station in Samut Prakan Province, and other related officials have seized e-juice sent through postal service on 26 August 2020. There are 24 boxes with over 10,000 bottles of e-juice inside worth at least 2 Million THB. The boxes were found at a distribution center of a well-known shipping company in Thailand located in Bang Kaeo Sub-district, Bang Phli District, Samut Prakan Province.

Officials received notification from Jakri Janmala, the security manager at the distribution center. Jakri had found suspicious boxes and believed there were illegal goods inside. The boxes were sent in from Southern Thailand. Jakri decided to notify the officials to come to inspect the boxes. Police opened the boxes to find a big collection of e-juice, 100 boxes of IQOS tobacco, and 100 boxes of e-cigarette parts. The sender’s name is in Songkhla Province and the receiver’s name is in Bang Bon District, Bangkok. The products have been seized and sent to investigation officials in Bang Kaeo, Samut Prakan to find those involved in the business.

Officials arrested a suspect on the 25th in Nong Khaem District, Bangkok selling e-cigarettes. The seller had used his girlfriend’s Facebook account to sell the products. The girlfriend is a student in a university located in Nong Khaem District. Illegal goods were also seized in the case. Investigation reveals that a big seller sends in the product into Bangkok from the South through a private shipping company. Police contacted the company’s management team about the illegal product being sent through their company and the requirement to inspect and seize the product.

FB Caption: The security manager at the distribution center had found suspicious boxes and believed there were illegal goods inside. 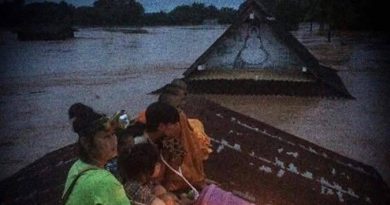 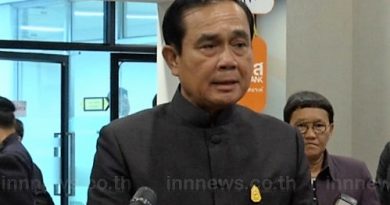