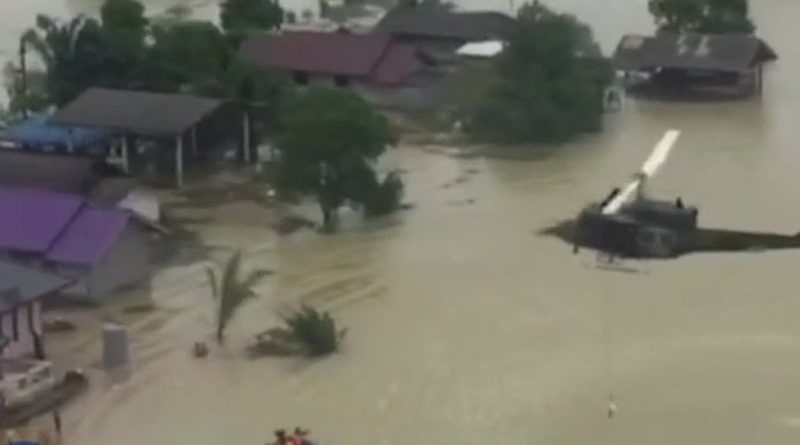 Egat explained that in December in rained more below the dam till Pattani’s Muang District than above it and very little rainwater came into dam and what was obtained could be used as raw product for generating electricity in 2017.

Bang Lang Dam has not been discharging water from Dec. 20 up to the present day, Egat said, adding that latest figures on Jan. 5 show that this dam has a total 712.94 million cubic meters of water or 49% and 436.66 million cubic meters or 37% is usable therefore there is no reason to discharge water.

Egat added that Bang Lang Dam powerhouse chief confirmed that no water has been discharged and people are urged to use their judgment before spreading wrong information to prevent misunderstanding from occurring. First stop was Patthalung’s Baan Hua Pa Kiew area where food was dropped to the roofs of houses under three meters of water. Over a hundred other flood victims whose houses are totally uninhabitable are taking shelter at an arts and crafts center in Khuan  Kanun district here.

Lt Gen Piyawat and his team also went to Baan Rai in Nakhon Si Thammarat’s Cha-uat district and dropped food to soldiers waiting below in the floodwater to deliver to the flood victims. After that he flew to Nopphitam district to distribute food as there are over 10,000 people totally cut off from the rest of the world in housing estates in this area. 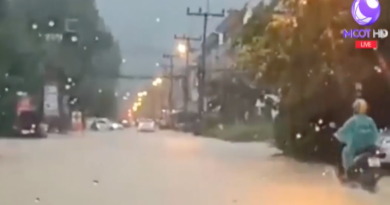 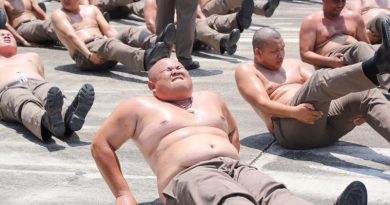 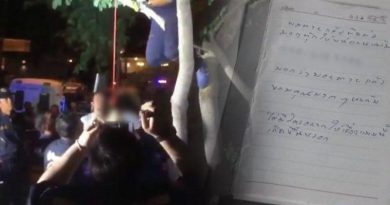