WEDNESDAY 12, Prime Minister General Prayut Chan-o-cha said process for the election will start next year and political parties will have 5 months to organize and campaign before the poll.

The PM said the four organic laws needed for elections would have to be completed before such a process could start. It should take 8 month for the organic laws to be written so politics is on hold for the time being.  The PM also mentioned that there will be a royal ceremony this year but didn’t go into the details.

After the election, a new government will be formed within two or three months, he added.

New garbage island in the gulf

THE Siam Marine Rehabilitation Foundation this past Sunday received a report from snorkelers off Koh Talu in Bang Saphan district of Prachuap Khiri Khan province about a floating garbage island moving towards the Talu island. The 1 kilometre long floating garbage island in the Gulf of Thailand consisted of plastic bags, bottles and foam boxes.

The foundation secretary-general Paopipat Charoenpak said on Sunday that the garbage could damage shallow water reefs around the island and pollute the island if it washes up its beaches so it has alerted the Marine and Coastal Resources Department to locate and collect it with speed boats.

This is considered the second trash slick found in the province following the previous one found in February which took authorities two days to sweep up from the sea. They suspected such previous garbage formation may be caused by debris from heavy floods in southern provinces flowing into the sea.

APRIL 12, after Nan province, summer storms continued to cause damage to about 100 homes in three districts of Ubon Ratchathani province on Wednesday evening. Ubon Ratchathani Governor Somsak Jangtrakul instructed officials to inspect the damage and provide aid to residents on Thursday. He also planned to go to the affected areas along with provincial Red Cross officials to provide relief kits.

MERELY a week past the start of the government’s second round of registration of low-income earners, almost 2.3 million have come to have themselves registered to be eligible for future state welfare programs, according to the Fiscal Policy Office.

Director-general Krisada Chinavicharana said the government was satisfied with the turnout. The Finance Ministry has estimated that until May 15 which is the last day of registration available at state-run banks and provincial treasury offices, it should see at least 10 million people registered, up from 8.27 million last year.

There were some problems with elderly people holding old identification cards that needed to be upgraded to smart cards, he added.

To be eligible for welfare and subsidy programs, applicants must be unemployed or have earned annual income of no more than 100,000 baht last year. They must also have savings, bonds and savings certificates worth less than 100,000 baht combined.

If applicants own property, the space must not exceed 35 square meters for a condominium unit, 25 square wah for a townhouse or 10 rai for land for agricultural purposes. 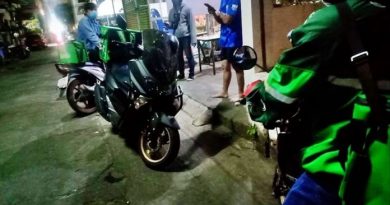 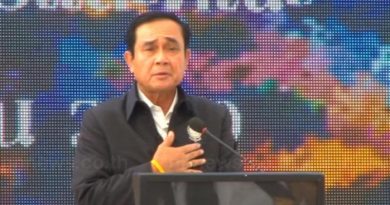