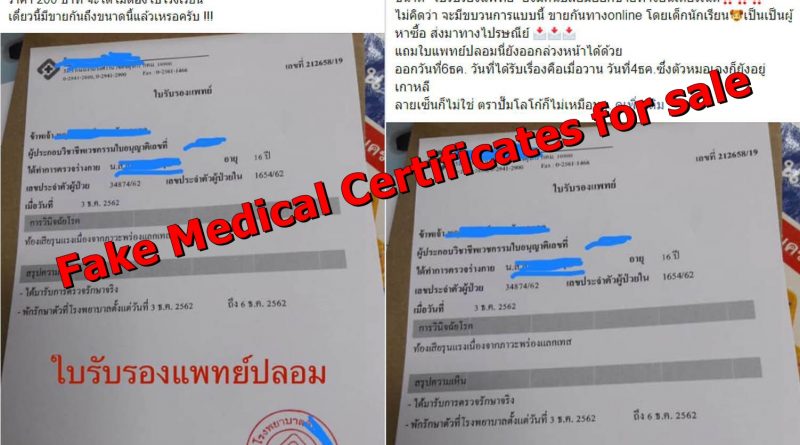 The Facebook user Pupoony Vesarattrakool a doctor posted on 5 Dec 2019 as a warning to teachers and parents that there are fake medical certificates being sold online that uses random names of real people. It all started when a mother received a letter that was a medical certificate with her child’s name. She was confused as her child wasn’t sick. Then upon closer look, the doctor’s name printed on the certificate had the same surname as a local politician who happened to be a relative of Pupoony.

The mother handed in the letter to the politician who then sent it to Pupoony, a real doctor. The 16-year-old daughter bought the medical certificate online for 200 THB. At the time of the discovery, the doctor was in Korea. When she returned back to Thailand, the doctor went to file a report with the police.  Officials will be investigating the case to find the original maker of the fake medical certificate. The 16-year-old will be in big trouble after realizing that her mom sent the certificate to the real doctor whose name was printed on the paper. The medical certificate form can be downloaded online, the seller then stamps a fake hospital stamp before sending it to the student’s address.

Other doctors commented under the original post stating that they too have seen fake medical certificates issued in their name with fake stamps and fake signatures. The student, in this case, will have to deal with charges of forging a document. It’s definitely not worth the trouble just because the student didn’t want to write a paper.

FB Caption: The medical certificate form can be downloaded online, the seller then stamps a fake hospital stamp before sending it to the student’s address. 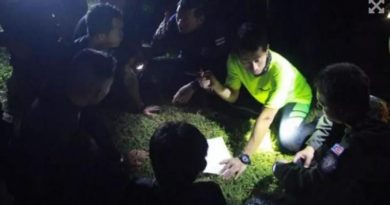 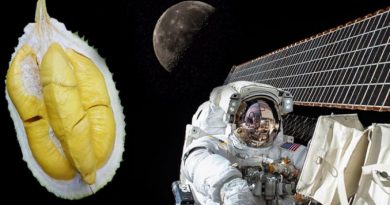 Fried Thai durian to be sent in space

A wedding for two men