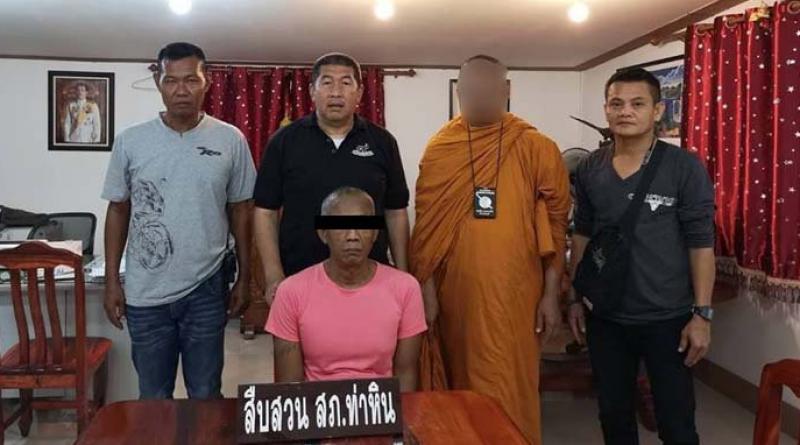 TRIGGERING both laughter and strong arguments is the action of one bold policeman who disguised himself as a monk to catch a real monk selling yaba (methamphetamine), Sanook.com reported today (Aug. 3, 2018).

A photo shared by a famous Thai Facebook page, Koh Tid Sathanakarn Lae Ubatihed, showed the defrocked and arrested monk seated on a chair, while investigators at Tha Hin police station who handled the case stood behind him.

Highly unusual was that one of them was dressed as a monk, but had a police card hanging down his neck.

A message accompanying this photo says: “The new police hairstyle … easy to disguise as a monk … easily caught a monk selling yaba  in the temple.”

This photo drew a lot of comments from Thai netizens, and while most of them praised the policeman for doing everything to catch drug dealers, some of them said disguising as a monk is not suitable, with this triggering a heated debate.

One Dhamma Facebook page disagreed with this disguise, with the writer saying: “Are Thai policemen not afraid of sinning? Disguising as a monk just to show results.” 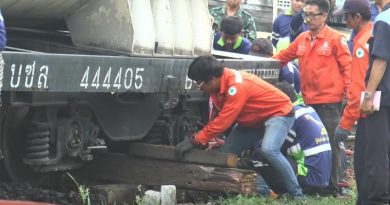 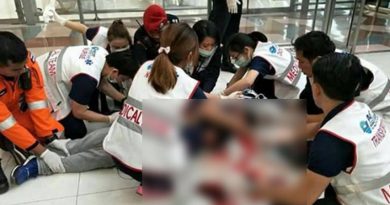