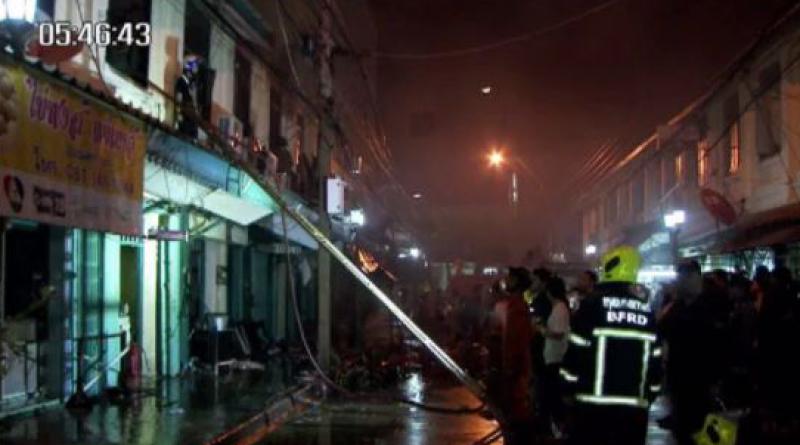 A FIRE which broke out at midnight last night destroyed 12 old half brick, half wooden shophouses in the center of Bangkok but fortunately there were no injuries, Thai News Agency reported this morning (Dec. 11).

The whole row of two-storey 18 shophouses in Phra Nakhon district is owned by the Crown Property Bureau, and the fire broke out in the one used by Mr Visanu Phrawat, 67, with the front being a laundry shop and the rear and second floor rented out to both Thai and foreign workers.

Others living in these shophouses said it was around midnight when they heard people calling out that a fire had broken out. They quickly ran out and saw that around 6 to 7 shophouses were already ablaze.

They tried to put out the fire with buckets of water, but did not succeed, and it took firemen around an hour to extinguish it, mainly because the old wood helped spread the flames quickly.

Meanwhile police are investing the cause of the fire. This row of shophouses had been hit by a fire 3 decades ago, when 11 units were destroyed.

Top and in-text: Firemen put out the fierce blaze that gutted 12 shophouses and also help rescue those living in them. Photos: Thai News Agency 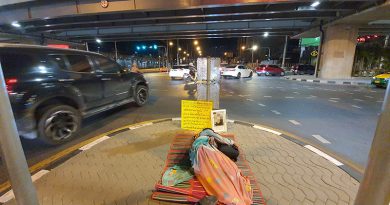 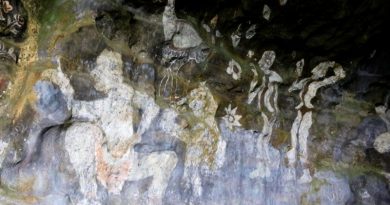 Historical drawings will be destroyed in Phang Nga cave.