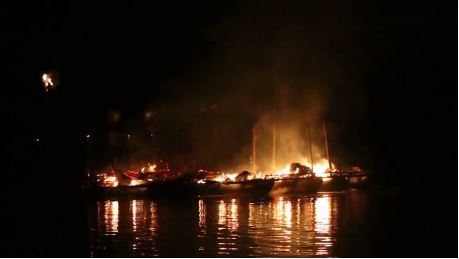 TWO luxury raft houses in Kanchanaburi  that had been fully prepared to receive foreign tourists today (May 1) got destroy by a fire last night with the cause still undetermined but there were no injuries, Thai  News Agency said,

Police Lieutenant Kriangkrai Sangkhan, an investigator at Sangkhla Buri police station, said after the fire broke out last night he contacted the municipality to send fire engines to Khao Laem Dam lake. However when they reached the scene they discovered that two raft houses were ablaze not one as earlier reported and they were around 200 meters apart.

Firemen were not able to reach the raft houses but  loud noise was heard periodically and it is suspected it came from cooking gas tanks exploding. After an hour both the large rafts were gutted.

Total damage in this fire is estimated to be 10 million baht. Both raft houses were well built with steel frame and wooden floor and walls and thatched roofs. They were expensively decorated with high-quality furniture and fittings with the first one holding a kitchen and restaurant with the second floor being a deck while the second one housed eight bedrooms.

A short circuit has been ruled out as the cause of the fire because the large rafts used solar energy but a police investigation will determine how the blaze actually started. 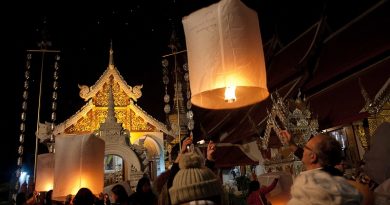 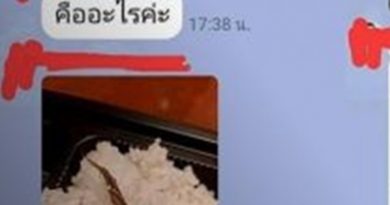 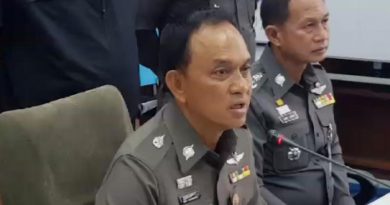