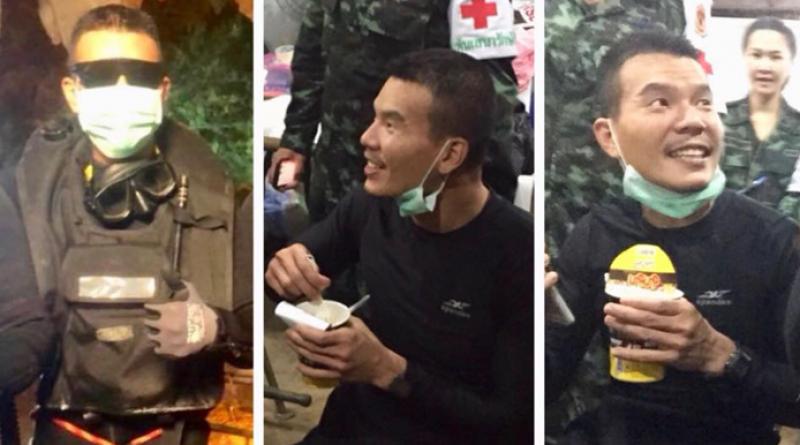 THE last person to walk out of Tham Luang cave after the resounding success in safely rescuing all 12 young soccer players and their coach last evening was Dr Pak Loharnshoon and he immediately asked for his favorite food – and that is instant noodles, Sanook.com reported this morning (July 11, 2018).

The Facebook page of Wassana Nanuam revealed that Dr Pak, who is a military doctor who had graduated from the Seal training course, said immediately after putting down his equipment that “I really want to have Mama (instant noodles).”

Dr Pak had spent the most time with the trapped boys and their coach, having been with them since July 2, 2018.

Earlier Straits Times quoted the Royal Thai Navy Seals Commander Rear-Admiral Arpakorn Yukongkaew as saying that the Navy Seals team had volunteered to stay with the trapped boys for as long as it takes for them to be safely evacuated from the cave.

“It may be four months, one month or one week. There’s no need to hurry,” he had told reporters.

Top: Dr Pak enjoying some instant noodles soon after getting out of the cave. Photo: Sanook.com