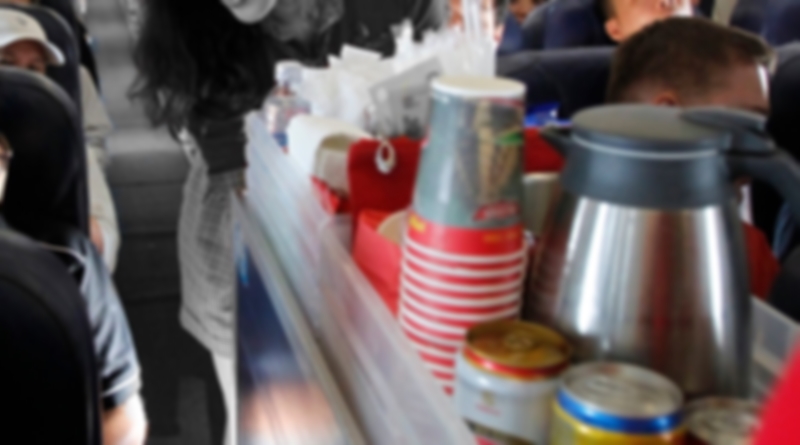 The story occurred while the family was traveling from Roi Et province to Don Muang airport in Bangkok. The father of child brought the news to the public as the airline did not respond to the family nor did they provide any remedy for the young boy until after the story went public and a report was filed to the police.

Titiwut Chuchana reported online that they were on a flight coming from Roi Et to Don Muang on the 3rd of January at 8 am, the family consisted of Thitiwut, his wife, and their 2 sons. When the plane had already taken off the youngest son “Phufa” was hungry and ordered instant noodles in a cup on the airplane. The flight attendant went to retrieve the order and brought the noodles back with hot water inside and placed it on the tray in front of Phufa.

As soon as she placed the noodles down, another passenger on the plane ordered some drinking water from the same flight attendant, she then reached for the water from the bottom of her aircraft service trolley. But the problem arrived when the flight attendant accidentally dropped the water bottle that fell onto the noodle cup and knocked the hot water onto Phufa’s left leg. Phufa screamed from the shock, Titiwut then told the flight attendant to move her trolley, she cleaned the wound for Phufa. When the plane arrived in Don Muang the flight attendant wanted to let the boy walk off the plane but Titiwut was afraid that walking could cause the wound to split, so he requested for a wheelchair and then took his son to the airline’s medical room. Titiwut then called the airline to request for remuneration for the medical expenses but the airline never contacted the family back.

The flight attendant accidentally caused a burn on the young boy’s leg that affected his daily life for over 2 weeks. In these 2 weeks, he could not join any physical activities including playing football which is one of Phufa’s favorite sports. The young boy also had to go to the hospital every day during this period to clean the wound. The hot water left behind a large scar that will remain for the rest of the child’s life.

The family went to file a report at the Don Muang police station on the 6th of January. Titiwut stated that the airline should have a better standard on how to deal with situations like this, even if it’s just for the flight attendant who burned his son’s leg to come and check how the boy is doing. The airline then contacted the father back on the 7th with an email stating that the airline did not intentionally ignore the issue and is sorry for what has happened. The airline also requested Titiwut to send them all medical bills and the airline will take care of it along with free tickets for the family.

FB Caption: The airline did not respond to the family nor did they provide any remedy for the young boy until after the story went public and a report was filed to the police. 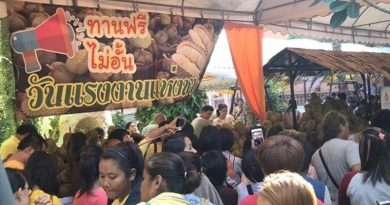 Police helps homeless 70-year-old after kicked out of home by step-child.