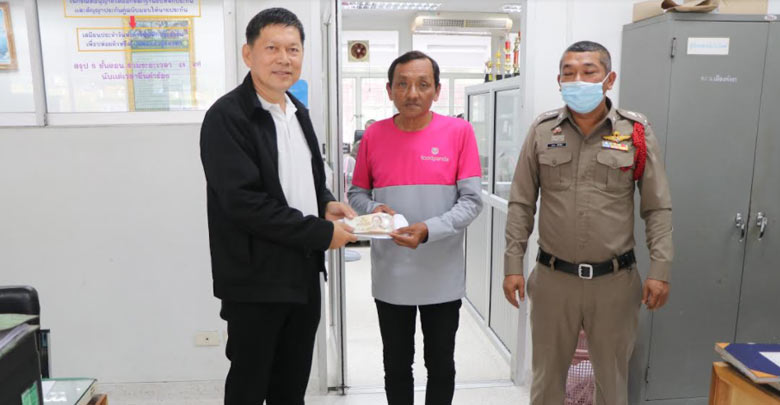 A Food Panda driver had returned 79K to the rightful owner after he found the money at an ATM machine. Police Lieutenant Colonel Thaworn Sriplong from the Phang Nga Police Station notified Chalermsak Opsuwarn the owner of a local gas station to come to pick up his money. The money was found by Prawit Kanpakdee 60 year old a Food Panda Driver and a local from Phang Nga. The driver went to file a report with the Phang Nga Police on 5 October 2020 after he went to withdraw money at a Siam Commercial Bank (SCB) ATM in the main city of Phang Nga.

While Prawit was about to withdraw money from his own account, the ATM put out 79,000 THB, all 1,000 THB bills. Prawit was confused as he knew this wasn’t his money but the best thing to do was to file a police report at the nearest police station with hopes that officials would help get the money returned to the original owner. Police collected security footage from the location and nearby areas. One day after, on 6 October 2020 at 11.00 officials found the true owner who is a gas station owner. Police set up a meeting for the 2 and Prawit returned the money to Chalermsak in front of Police Lieutenant Colonel Thaworn Sriplong. They captured pictures as proof that good honest people exist.

Chalermsak stated that he went to deposit the money but didn’t realize the machine hadn’t actually recorded the deposit into his account. The machine gave him back 1,000 THB and then the remaining 79,000 THB when Prawit went to use the machine. Chalermsak gave Prawit 3,000 THB and stated that if the driver ever needed any help he would be happy to do so. Prawit stated he normally works as a security guard and in his free time finds extra income by driving as a food delivery driver. When he found the money Prawit immediately thought of a way to find the owner. 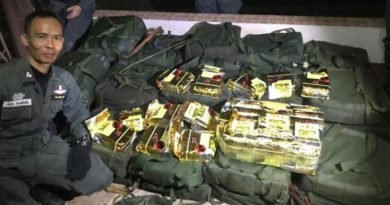