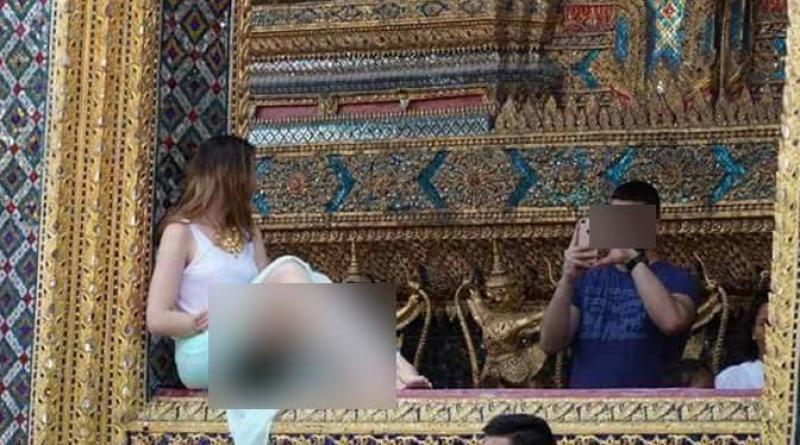 TOURIST police tracked down and arrested a Serbian couple for posting an unsuitable  photo they took at the Emerald Buddha temple with the legs lifted up and the genitalia visible on March 21, INN News reported today (March 24).

The couple told police that they did not know posting such photos was inappropriate.

However police gave them an explanation, and then stated a charge of conducting themselves in an unsuitable manner at an archaeological or similar site, with this being followed with fining them 5,000 baht which is the maximum penalty in this case.

Police hope that this case will dissuade other tourists from behaving in a similar manner.

Top: The picture which led to the Serbian couple being fined. Photo: INN News 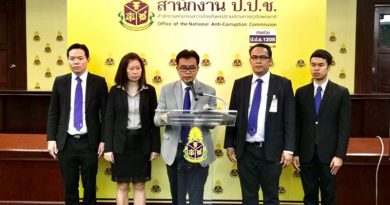