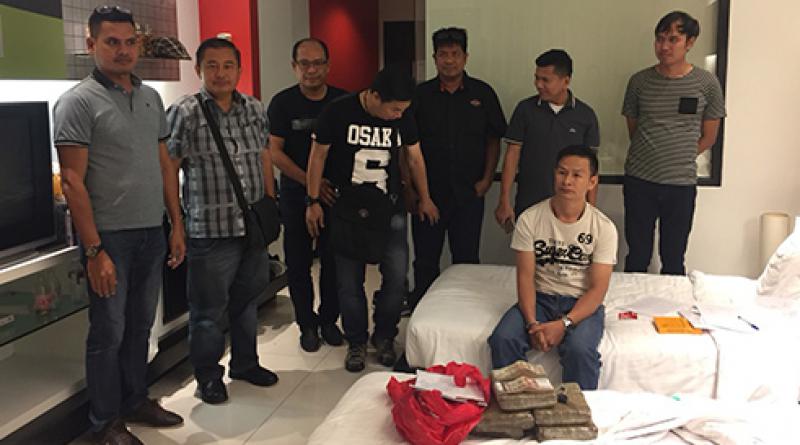 A FOREIGN undercover agent helped Thai police arrest a drug trafficker after he was lured into selling 5 kilograms of marijuana to him at a room in a luxury Pattaya hotel, INN News reported today (Oct 30).

Pol. Lt. Col. Dulyaphat Techayasin led a team of Crime Suppression Division and  Chonburi police in laying a trap to arrest Mr Sanya, 43, whose nickname the criminal world is “Ya Tom Makham.”

Seized from him were 5 dried marijuana blocks, a mobile phone, a pickup truck registered in Chonburi and 85,000 baht in cash used to buy the drug from him.

Pol. Lt. Col. Dulyaphat said there had been complaints against Sanya that he was aggressive and sold marijuana to foreign tourists in key tourist areas of Pattaya.

He therefore raised a team and got 140,000 baht to lure the suspect into selling 10 kilograms of the drug by contacting him through Line application and setting up an appointment at a room in a luxury hotel in Pattaya-Na Klua area.

Sanya showed up at the appointed time with only 5 kilograms of marijuana which he had earlier bought from an agent whose name is not yet known who was accompanied with 3 henchmen.

The foreign secret agent purchased the 5 marijuana blocks from Sanya in the hotel room and just as the transaction was concluded the police team hiding the bathroom came out and arrested him.

A check of Sanya’s background shows that he had earlier been arrested in a gun possession case and previously sold pirated goods but gave up his trading business to sell this drug to tourists at tourist areas at night.

Top: Police with the suspect Sanya after his arrest. Photo: INN News 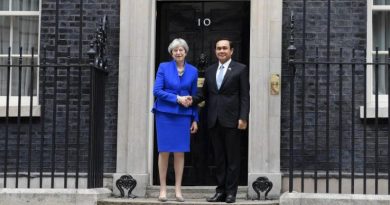