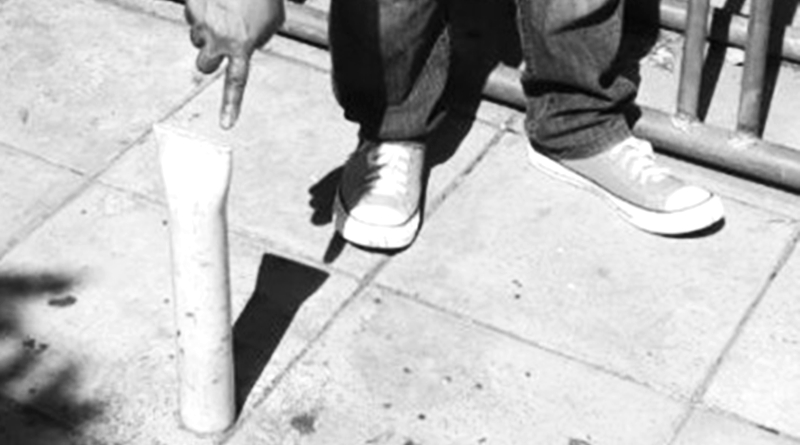 Sanook reported yesterday (26 Nov) that there was a foreigner who accidentally walked into a pole located on a walkway in Sathorn road. The pole seemed like it was cut down but was never totally removed from the walkway, the online world estimated that the pole may have been used as an advertisement pole in the past. The man was badly hurt as the pole caused heavy bleeding on the front of his leg. Emergency team Meka002 reported that the accident happened in the front of Suanplu on the south side of Sathorn road. The pole is a white PVC pole that appears to have been cut then made flat at the end making it very sharp. The foreigner was later found out to be Robert 70 years old from Australia who ended up with a broken kneecap and a 3-centimeter wound on the leg from kicking the pole. The emergency team performed first aid procedures to stop the bleeding on Roberts’ leg and then he was sent to the hospital. Chuleeporn Wongpipat the director responsible for Sathorn road later came to inspect the pole that caused the accident. She found out that the pole was located on a walkway under a bridge, it seemed like the pole was used for electricity as there are many power lines inside of it. It is still unknown to who the pole belongs to. The pole is not in use and has seemed to be cut down but left standing on the walkway, making it very dangerous as it is a safety risk to those in the area who passes by the walkway in concern. Chuleeporn sent the public works to check on whether the pole still has electricity running through it along with an emergency order to cut the pole down and to pour cement making the walkway flat and safe.

Robert will not be claiming for any damages as he claims that it is his own fault for walking into the pole as he was in a hurry to call a bike taxi (Win), this resulted in him tripping on a bike stand making him hit the pole.

FB Caption: He ended up with a broken kneecap and a 3-centimeter wound on the leg from kicking the pole. 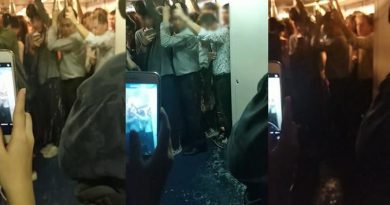 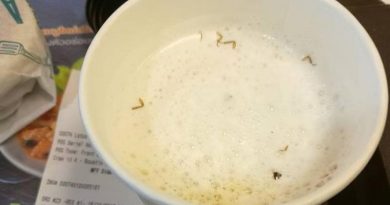