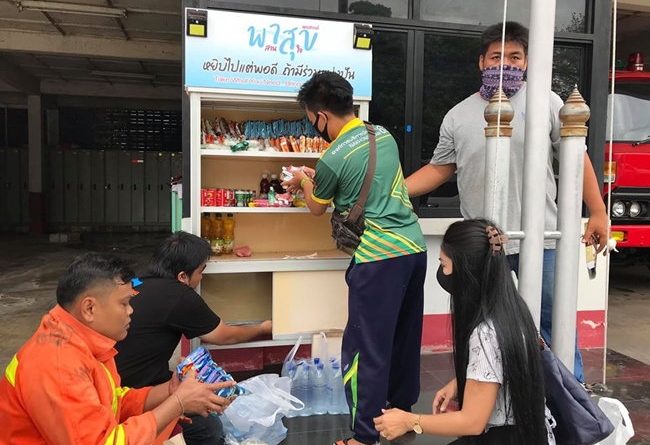 A project set up by people with good intentions to create a source of free food for those who need it, especially during the times of Covid-19 has been exploited. The Pantry of Sharing is a project inspired by Free Pantry in other countries. The Facebook User Supakit Bank Kulchartvijit revealed on 7 May 2020 that a group of people has come together to set up the project with the slogan “Take just enough if you can, leave some in the pantry”. At the start of the project 7 pantries were placed in Bangkok and Rayong.

The idea sparked kindness in people and free pantries started to pop up across the nation including Yala, Phuket, Chiang Mai, Chiang Rai, Ayutthaya, and more. The locations of the pantries were shared online by Thai netizens. Since the start of the project people have criticized that the project is backed up with good intentions but it won’t work in Thailand as some individuals would take advantage of the kindness of others. This is sad, but after a few days, problems have already started.

Nakhon Sawan Province moved its free pantry from in front of a mall to be placed in front of a police station on 11 May 2020. Security footage captured the same groups of people returning to the pantry and taking all the food. Akarapong Wongpaisarn the man who placed the free pantry stated that he placed the pantry on the 9th. Since then many have come to fill up the pantry with free food, but at the same time, some have returned multiple times in one day taking large amounts of food. The best solution now is to change the location of the free pantry where officials can keep an eye out for those who are exploiting the good deed while people will still be able to take what they need.

On the same day, a family of 3, a father and 2 sons in Ubon Ratchathani have taken all the food from the free pantry leaving behind just 4-5 bottles of water. A woman who was on her way to place some food in the pantry saw what was happening. The father quckly drove away leaving a son behind. When asked if he wanted to leave some food behind for others the boy told the woman that there were others who took more than him.

FB Caption: The pantry of sharing is a good project intended to help others, but some people just want to take all the free food. 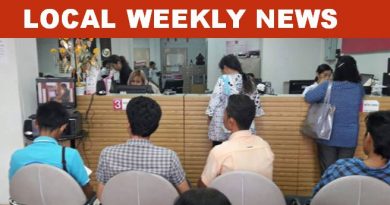 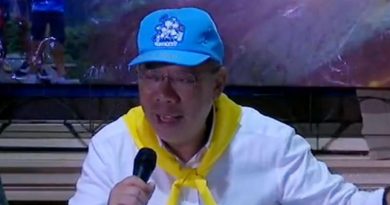