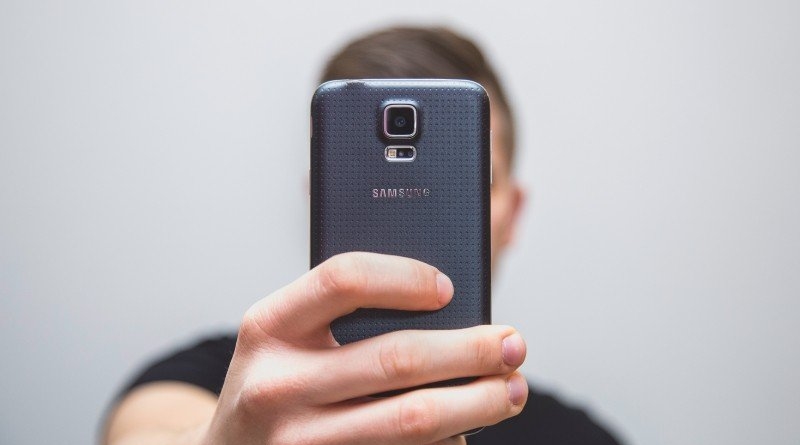 A girl working at a Bingsu dessert cafe fell down a sewer hole while taking a selfie on top of the sewer cover. She was standing on a sewer cover that broke down when she stepped on it. The emergency rescue team in Trang province were notified through the emergency line 1669 of a girl who fell down in a sewer hole.

The sewer hole is about 80 centimeters wide and 8 meters deep made from cement. Right after the girl fell down into the hole she lost consciousness and was not able to help her self. Her friends at the Korean dessert cafe brought fans to the hole in order to help her body cool down.

The girl was Panhatai 27 years old and weighs over 80 kilos, this made the rescue mission take almost one full hour before they could successfully pull her up. The rescue officers used ropes and portable stairs to lift her up onto the ground. The officer that went inside the sewer hole with her had to be tall and thin as there was not much space left inside the hole.

A lot of citizens around the area came to wait and see if she would be safely rescued out of the hole. When the girl was successfully pulled out of the hole the crowd yelled out in joy at once. The rescue team gave her oxygen and then took her to the hospital.

Panhatai is now safe with only a few scratches on her body from the fall. When Panhatai fell down she suddenly grabbed a co-workers arm but luckily her friend did not fall down with her as the damage could have been worse if two persons fell into the same sewer hole.

FB Caption: The sewer cover broke apart as Panhatai fell down the hole that is 80 centimeters wide and 8 meters deep. 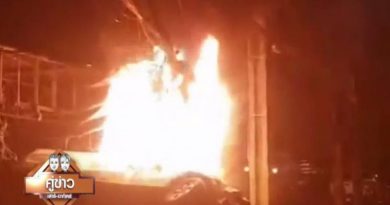 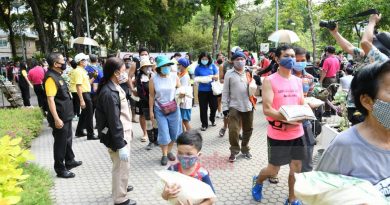