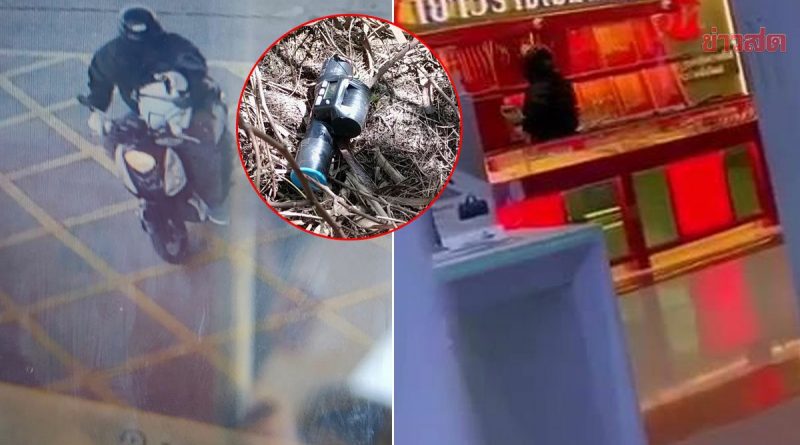 A gold robbery has taken place in Ayutthaya Province on 4 November 2022. The robber managed to get away with 40 baht of gold. In Thailand gold is usually sold by baht which is about 15 grams of gold. The robber used a fake bomb to distract the police and used a gun to commit the robbery. Employees revealed they all scattered to hide on the ground when shots were fired. Police Colonel Theetat Sidarat from the Sena Police Station in the province received notification of the gold shop robbery inside a mall.

Officials went to the location right away and found employees who were still shocked. The glass display was shattered, and gold jewelry was scattered all over the shop. One of the display cases had a bullet hole. Police talked to the employees who were still confused with what had recently taken place. One of the employees stated that the suspect was wearing a black jacket and a black helmet. He walked straight into the store and told everyone he was there to take the gold. He shot into the store and the employees kneeled to the ground in fear of getting shot.

The robber then broke the glass and started grabbing as much gold jewelry as he could. The robber then ran outside and placed a suspicious item in front of the gold store. This item was made with a PVC pipe wrapped in black tape and electric wires. The wires were connected to a clock that was stuck on top of the pipe. He then jumped onto a motorbike and drove away. Officials investigated the item which turned out to be a fake bomb used to distract the police. The robber has not been found but police are still working on the case.

FB Caption: The robber distracted police with the fake bomb and got away. 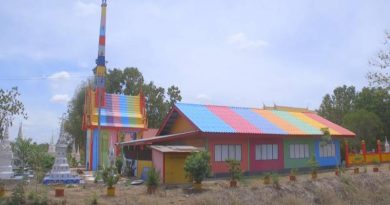 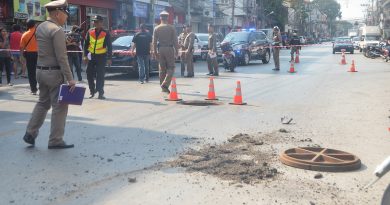 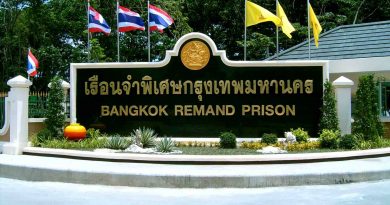