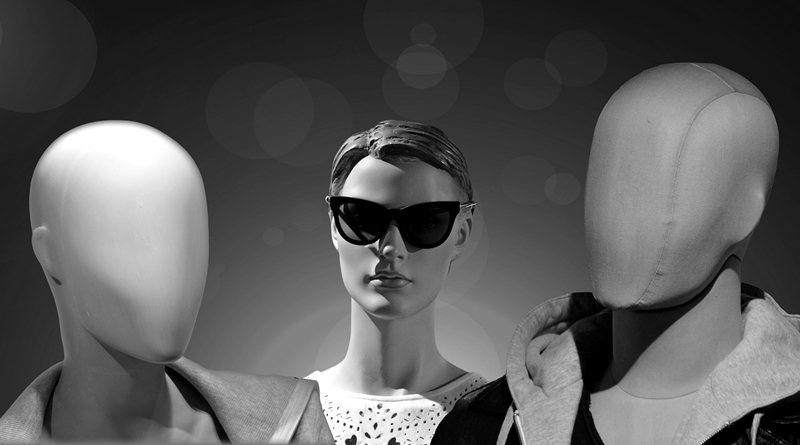 The Bangbuathong police in Nonthaburi province were notified of a gold shop robbery on Rattanathibet road in Bangbuathong. They then sent a team of officers to inspect the robbery. The gold show is located in a mall on the second floor right next to the elevator. The robber might have thought that the gold shop was an easy subject, providing an easy escape from the mall.

After a while, at 12.00 the police officers were notified by the security guard of the Talad Chang Yai market that he was able to capture the robber at the market located in Bangyai city, Nonthaburi province. The police went to the described location right away and brought the robber into custody.

It was later discovered that the robber’s name is Wongsakorn 30 years old. He previously worked in a beauty salon. After searching the robber, all the gold that went missing was discovered. Wongsakorn used makeup, silicone, a fake mustache, and contact lens as a cheap attempt to disguise into a foreigner so that no one will recognize who he truly is. It’s safe to say, that his attempt failed miserably.

Wongsakorn used to also work as a sales for beauty products. He used his skills learned to mold a fake nose onto his face, then cover his face with foundation, applied a fake beard, and wore bright blue contact lenses. Although looking at the picture, his skills were clearly not good enough.

Mana Monnada who is the municipal official from the Bangyai market later informed the police that he was notified by radio of a gold shop robbery, where the robber ran out from the mall and was heading towards the entrance of the market. Mana then informed all the officers in the area and the security team to be aware of the robber. Not long after, he was notified of two civilians who were engaging in a fight with the robber. Mana then went to stop the fight and the robber was held in front of a convenience store waiting for the police to come arrest him.

Mana stated that he was not afraid of being hurt, the only thought he had in his mind was that he needed to capture the robber and protect the 2 civilians from any harm.

FB Caption: Wongsakorn used makeup, silicone, a fake mustache, and blue contact lens as a cheap attempt to disguise into a foreigner, his attempt failed miserably. 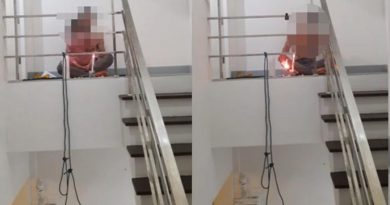