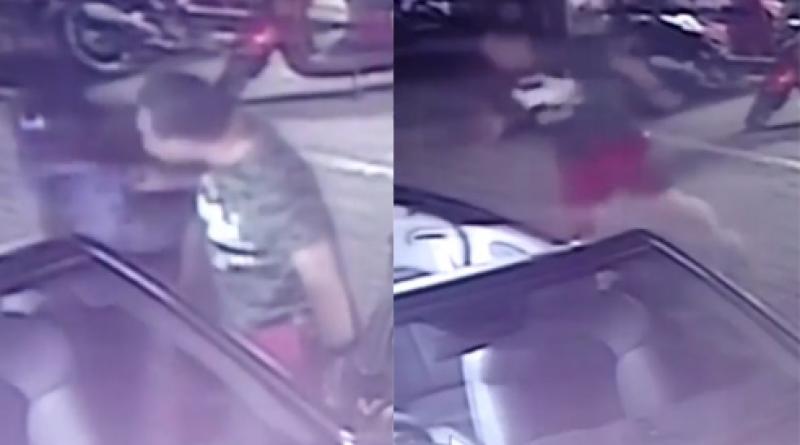 THE owner of a beer bar at Phuket’s Patong Beach has been arrested after a video clip went viral showing him getting out of his Mercedes Benz convertible and violently beating a guard at a hotel after the latter refused to lift the access barrier, INN News reported today (Jan. 16).

This 4-minute long video clip, posted the well-known page The Clip by Daily Room Rental in Soi Udomsuk 51, first shows the beer bar owner with a foreigner sitting next to him coming to the hotel at Patong Beach.

He then got out of the car to talk to the guard and then  grabbed his shirt and pulled him to the passenger side of the vehicle. Then he bent down to search for something within the car, while still holding the guard’s shirt.

After that he verbally abused the guard, before punching him in the face until he fell on the ground. He then stamped on the guard’s body and dragged him to the guard’s post, then drove on as if nothing had happened.

However, this video clip went viral online and attracted a lot of attention from Facebook users who voiced various opinions.

Patong police managed to arrest the beer bar owner, and upon being questioned he said he drove to the hotel to drop off the foreigner. He admitted to punching up the guard, but said he did so because he refused to lift the boom barrier, he also admitted to carrying a BB gun.

Pol. Maj-Gen. Thirapol Thipcharoen, the head of Phuket police, said the suspect is being investigated on various counts including carrying a weapon, whether his beer bar is legally licensed and whether he has connections to influential people. 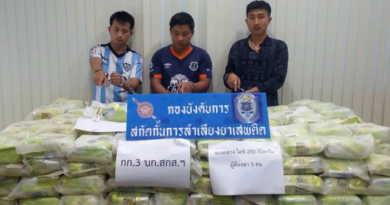