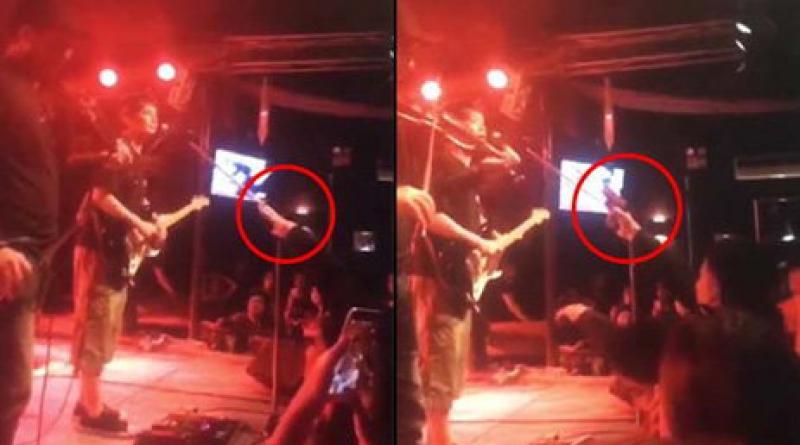 PANIC broke out last night at a concert by popular Thai country singer Pongsit Kampee in the northeastern Thai province of Amnat Charoen, when one of the male clients drew a gun against him, INN News reported today (August 3).

The gun-toting man is an Air Force officer. He was taken to Amnat Charoen Police Station, where he was charged with illegally carrying a gun in public, and threatening people.

A senior Air Force officer later came to bail out the suspect. He said an investigation will be carried out and the officer will be punished if found guilty.

Top: The moment when an Air Force officer drew a gun and pointed it at country singer Pongsit Kampee. Photo: Sanook.com 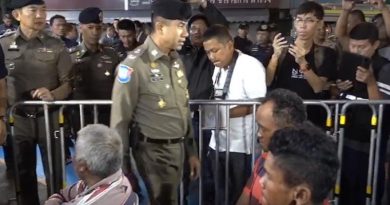 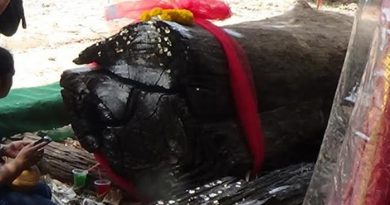 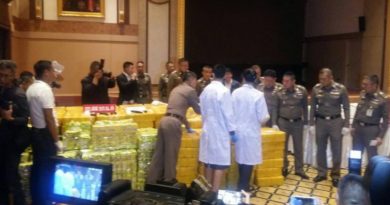