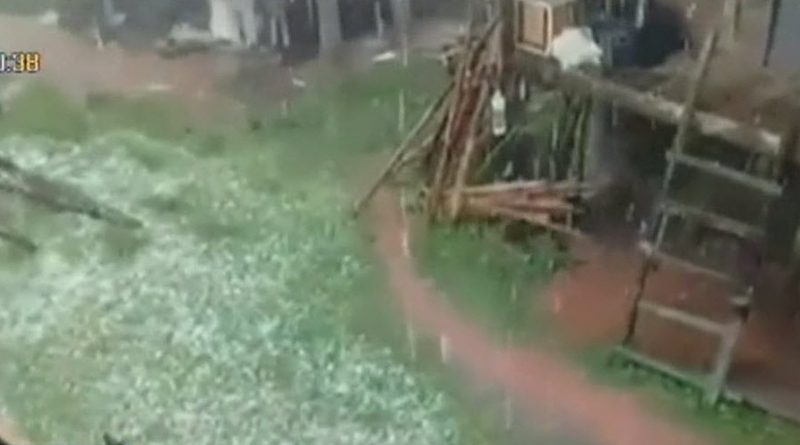 A HAIL storm with some stones the size of ping-pong balls rained down on Nakhon Phanom province for hours last evening damaging 10 houses and knocking down several power poles leading to blackouts in some areas, Thai News Agency said today (May 4). At 8 p.m. last night government officials, soldiers and community leaders moved in to check the situaion and help residents at Na Ngarm subdistrict in Renu Nakhon district of this province after the powerful hail storm and gusty winds damaged 10 houses with two of them badly. The large hail stones punctured holes in some roofs while strong winds blew a few others away.

Officials are arranging teams to help repair these houses.

Residents said very heavy rain and hail storm hit them continuously for hours and this could be the worst storm in 30 years, adding that they had to run to take shelter and it was lucky no one got injured

Meanwhile Nakhon Phanom Meteorological Station this morning issued a warning to the people here to continue to be careful because the weather remains turbulent and there is a risk of another storm ripping through.

Landfill stinking up hundreds of households