A girl was dumped at a temple by the boyfriend, she became heartbroken and started running around the temple naked. Police arrested the girl and when they arrived at the police station she started to sexually abuse the police officers at the station. Police feared the heartbroken girl but they understood that she was in a lot of pain after being treated terribly by her boyfriend. Police Senior Sergeant Major Awut Inyapong from the Chonburi City Police Station received notification of a naked girl running around the Sutthawat Temple in the main city of Chonburi. Officials found Thongtin Thongtha 31 years old from Laos.

Thongtin was found sleeping in the temple. The girl started yelling when she saw the police, they calmed her down and brought her to the police station. Wimonun Yensabai, a flower seller at the temple stated that Thongtin came to the temple with a Thai man on 29 June 2020. They went to pray in the temple together before the man left her alone. Thongtin started acting out, she took all her clothes off and had run around the temple many times. Locals at the temple tried to help her, they found her clothes and helped her dress before notifying the police. Wimonun feels sorry for the girl, when asked what happened Thongtin told the flower seller that she was dumped by the boyfriend while they were at the temple.

When Thongtin arrived at the station officials talked to her until she calmed down and was sitting at a tree in front of the station. After a while, she started acting out again and had sexually abused many officials working at the station. Thong tin stated that she liked the policemen. Dang, a witness at the police station stated that Thongtin was acting strangely and was very loud. He took her to the tree and tried to calm her down. Instead, Thongtin attempted to rape Dang so he ran away in fear. Officials will be delivering Thongtin to the hospital.

FB Caption: Dang tried to help Thongtin calm down but the good civilian was sexually assaulted instead.

Sex in the store couple chased 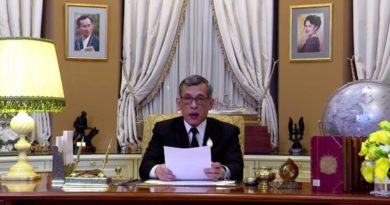 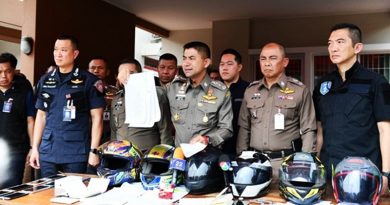