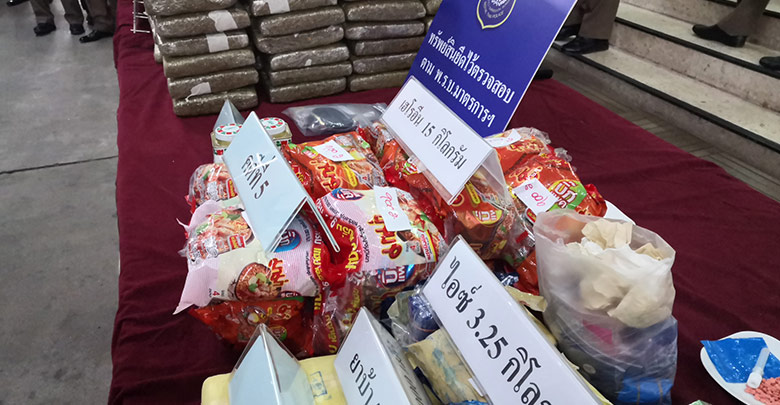 Heroin was discovered after 2 Taiwanese attempted to leave Thailand with Heroin hidden in their luggage. Police Lieutenant General Visanu Prasatthongosot, Assistant Commission – General and other related officials reported the arrest of drug smugglers attempting to bring into Taiwan heroin from Thailand. 2 suspects were arrested with 15 kilograms of Heroin and 2 phones.

Thai officials received information from Taiwanese officials that there have been drug gangs bringing into Taiwan heroin from Thailand. The investigation led officials to the arrest of Li Chun Hui and Li Chai Pin both are 39-year-old men from Taiwan. 15 kilograms of heroin were hidden inside their luggage. The heroin was placed inside instant noodle packages and powder cans to fool the officials. They were arrested with the evidence at Suvarnabhumi Airport. Officials will continue the investigation to find who in Taiwan is ordering the drugs and Thai members of the drug gang in the nation.

The third and last case involves 2 suspects and the discovery of multiple drugs. Officials found a suspicious package sent into Thailand from Germany. There were 130 ecstasy pills hidden inside a wireless speaker. The investigation led to the arrests of Buanwas Jaratsri Pakdee and Alinan Homsap. The suspects had inside their room 50 grams of MDA, 58 pieces of LSD, 1.5 grams of Cocaine, 5 kilograms of Marijuana, and 2 Million THB in cash. All suspects in these cases have been sent in for prosecution. 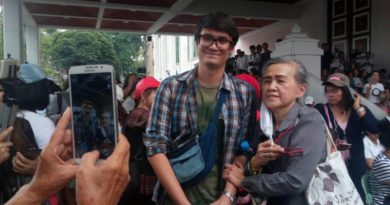