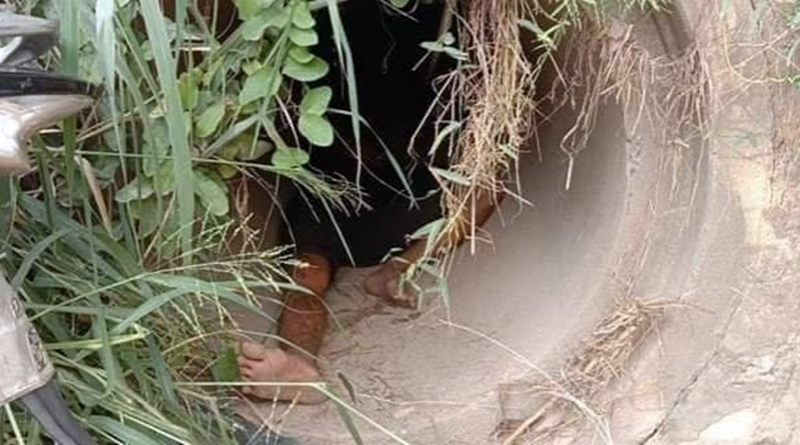 A local rescue team in Phanat Nikhom District, Chonburi Province was notified of a body in a drainpipe with his fallen motorbike parked in front. Turns out the guy was just taking a nap after a heavy night out.

The story was shared by a news Facebook Page “Thai TvSocil” after a rescue team was notified of a dead body on road 331 in Chonburi. When the rescue team arrived, they discovered a fallen motorbike in front of a drainpipe, when the team looked inside there was a man sleeping inside. At first, the rescue team also thought he was dead like the villagers did, but upon closer look, they saw that the man was still breathing.

Thankfully the man woke up. He stated to the team that he decided to stay the night in the drainpipe. He had a night out and became drunk, to a level that he couldn’t control the motorbike anymore. He fell down the road on his motorbike, this is when he saw the drainpipe and decided it was a nightspot to spend the night.

Suriya one of the rescue team officers stated that around 10.30 pm on the night of 1st October 2019 they were notified of a dead man in the drainpipe with a motorbike off the road. Villagers must’ve thought the man died from an accident. He decided to go inspect the area right away with 3 other officers. The drainpipe was 80×100 connected to the other side of the road. They saw a black motorbike with a man estimated to be 30 to 40 years old wearing a navy T-shirt and shorts laying in the drainpipe.

He crawled into the drainpipe and touched one of the man’s legs, it was rough and cold to the touch, making him believe the man was dead. But then he put his hand on the man’s stomach and he realized the man was still breathing. Suriya shook the man, right away the drunk man jumped up and he seemed confused, he was still hungover from the long night.

The man stated he was drinking the night before and was driving on his motorbike when he lost control and drove off the road. He tried to lift the motorbike but couldn’t do so, this is when he spotted the drainpipe beside where his motorbike had fallen and decided to spend the night until sunrise.

Things didn’t go to plan and he was woken up by the rescue team. The team helped lift the motorbike up back on the road. Before they could ask him if he was feeling ok, the man drove his motorbike away and told the team he was going back to bed at home. This made the rescue team and the villagers who were watching laugh with confusion. There is a high possibility that the man is still drunk from the wild night.

FB Caption: Before they could ask him if he was feeling ok, the man drove his motorbike away and told the rescue team he was going back to bed at home. 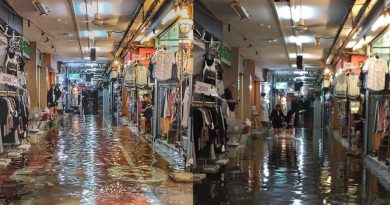 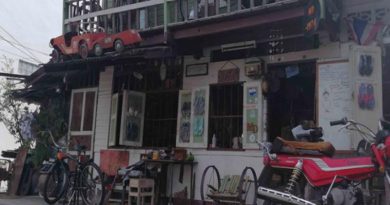 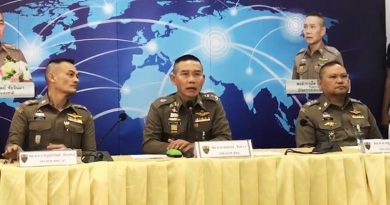