Homeowner cannot take it anymore after local teenagers have been using his home as a drug playground. The owner has put up a big sign in front of his home asking the teenagers to stop buying and selling drugs near his home and to stop using the drugs while still on his property. This is not the first time the man has taken action; he has previously tried to stop the drug use, but no one would take him seriously. Samai Busbok a village chief in Non Pa Sang Sub-district, Pha Khao District, Loei Province put up a sign in front of his home. The sign states, “Personal Property. Do not buy, sell, and use all types of drugs. Buy, sell, and use at your own home. Others are affected by your actions, it is annoying”.

The sign was placed in front of home no.339 after the homeowner and villagers in the area put in a request to put up the sign. Kwee Chaiknam the owner of the home stated he lives in the home with his brother. They are both single and both parents have passed away. In the past they had a lot of friends visiting them. Then afterwards on days where they were not home other friends of his friends would come to hang out at his home. Because so many would come to his home every day, drug sellers would come to advertise their products right in his home. He has always tried to stop this, but they kept returning.

The brothers are not drug users and are against such actions. The village chief stated he receives complaints from villagers that there are teenagers gathering at the home everyday with drugs being sold and used. The homeowner admits there are drug sellers who visit his home. Kawee is a nice man and shy. This is a week point as others take advantage and continue to use his home as a drug playground. Kawee and the village chief agreed to put a sign up in hopes that the drug sellers and users will stop their actions. The village chief admits there are drugs in the neighborhood and many of them are teenagers. Some drug users are unpredictable and will hurt their parents when they run out of money to buy drugs. Many of them go home after the sun comes up.

FB Caption: There are drug sellers and teenagers that come to his home everyday using it as their drug playground. 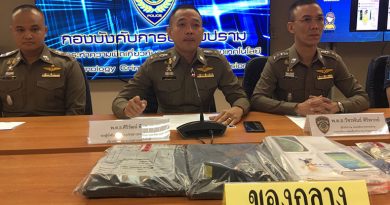 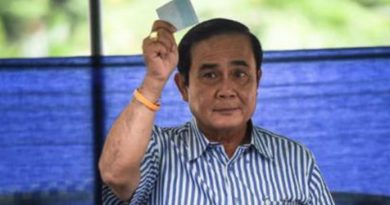