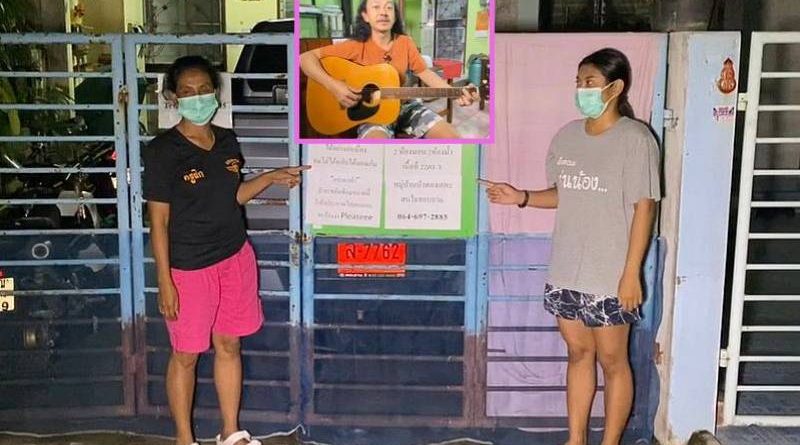 A mother and daughter are trying to sell their home with advertisement signs that state “The house comes with a free singer with the ability to play the guitar non-stop, no one can sleep” and “If you’re going to practice this much then just join a competition already”. The neighbor claims his singing and guitar playing is not that loud, and besides the delivery driver says he sounds good. The Sanook News Team visited a townhome in Bang Bua Thong District, Nonthaburi Province. The team met Somthop 50-year-old and Kanchana 25-year-old, mother and daughter. The pair placed signs on their gate hoping to sell the home. Somthop stated the family has had enough of listening to their neighbor singing all day, they have had no sleep for over a year.

Somthop claims the daughter had tried to ask their neighbor to lower the volume, but the singer tried fighting. They have filed a police report 2 times, each time the police help negotiate but the music keeps coming back. The family decided to put a sign up hoping that someone might buy the home. The team also talked to Saksit 41-year-old the neighbor who lives 1 house apart. The home also runs a food business during the day. Saksit states he plays guitar and sings, this is his happiness and Saksit believes it doesn’t bother anyone. Saksit plans to join a singing competition next year.

Saksit joined a program in 2019 but didn’t make it through, he believes the wrong song choice failed him. He decided to turn his home into a business and while there are no customers Saksit will sing for about an hour a day. The neighbor claims the problems truly started 2 years ago when the mother and daughter purchased a new speaker and put it on blast. His wife was pregnant so he asked them to lower the volume. A fight started and they have never lived in peace since then. Saksit states, how can the sound bother them when they don’t even live next to him. The home across has never complained and food delivery drivers have complimented him singing. Saksit reveals he has prepared 51 songs to sing in the competition. 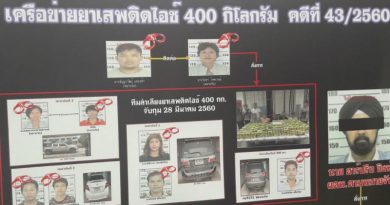 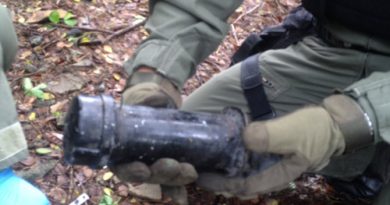