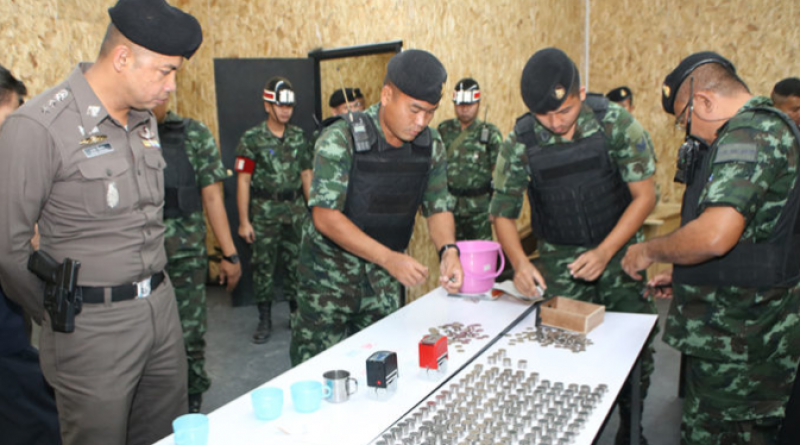 The panicked gamblers tried to flee, but all entrances were blocked by the soldiers, who seized 195,406 baht in cash from them.

The casino operator fled via a secret exit during the commotion. Gambling is illegal in Thailand, but underground gambling dens exist around the country.

Top: Soldiers counting the coins they seized during the raid on the illegal casino. Photo: Khao Sod