The Police in Nakhon Si Thammarat Province arrested Erri Weneae 37 years old from Indonesia on 11 December 2019. The suspect had stolen 1 Baht of gold from a local gold shop in Tungsong District on 20 November 2019. Officials took the suspect back to where the robbery took place for a re-enactment of the crime. Immigration police arrested the suspect at the Sa Kaeo Province Immigration Office. When they realized who she was and the crimes in her name, officials arrested her on the spot before delivering the suspect to the Tungsong Police Station in Nakhon Si Thammarat.

During the re-enactment, Erri participated with the police accordingly with no issues throughout the process. She revealed that the first step was to confuse Pakakaew, the gold shop employee working at the time of the robbery. Erri would ask to see several gold pieces before telling Pakakaew that she didn’t want them. As Pakakaew took the gold back and placed them on the wall behind the counter, the suspect grabbed the gold and ran out of the gold shop.

The security footage inside the shop confirmed Erri’s confession, there was also footage showing the suspect running on the street moments after she left the gold shop. A report was filed to the Tungsong Police and investigation discovered that the criminal was an Indonesian woman. An arrest warrant was issued for Erri Weneau.

Then on 11 December 2019 officials from the Tungsong Police Station received notification from the Sa Kaeo Immigration Office stating that they have arrested the suspect in the case. The police went to pick up the suspect from Sa Kaeo Province back to Nakhon Si Thammarat, where the gold theft took place. At first, Erri admitted that she was the suspect who stole the gold and claimed that this was her first time stealing gold from a gold shop. Her criminal record revealed different as she had robbed multiple gold shops in other districts. Erri has done this so many times, the Gold Traders Association in Thailand has Blacklisted her name. History also confirms that Erri visits Thailand on a regular basis.

FB Caption: Erri has done this so many times, the Gold Traders Association in Thailand has Blacklisted her name. 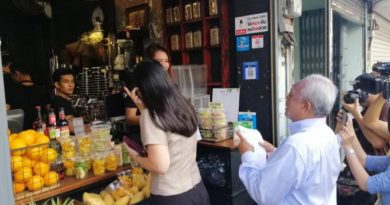 Suthep takes his caravan to Silom 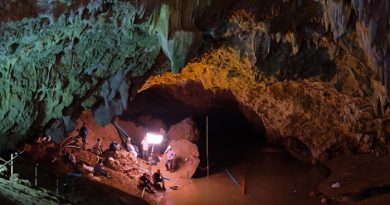