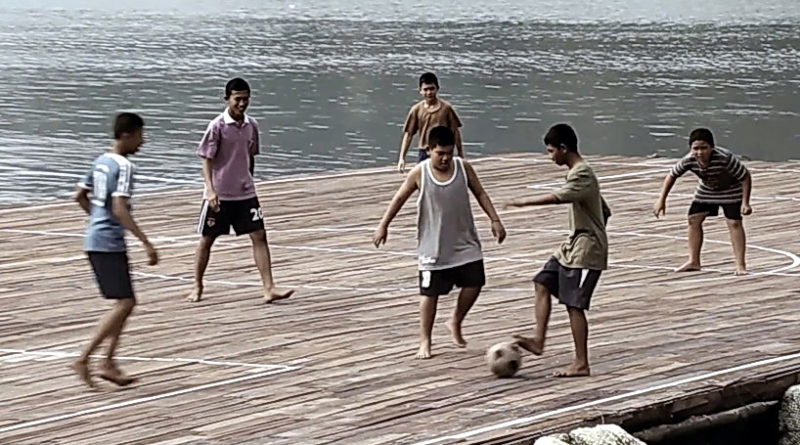 Koh Panyee, Phang Nga – What are the odds a group of boys from a tiny island with not enough land for a soccer field becoming football champions?

In a true life story recorded in 1986, a dozen lads from Koh Panyee, took on these crazy odds and showed it can be done.

Their rocky island in southern Phang Nga Province was in the outback with no roads. The fishing village was a community living in stilt houses above the sea.

In spite of the tough cards they were dealt with, the boys saw no reason to abandon hope or lower their expectations.

All it took was a dream.

Inspired by the FIFA World Cup soccer match they watched on TV, the boys decided to form a football team and compete in the Southern Thai School Championships.

Their challenges were monumental. Apart from not having a football field to practice on, they also had no land to build one.

The island possessed less than 200 square meters of flat area.

To play, they had to build artificial grounds. They had to construct a wooden platform over water.

Like many sea settlements, they were poor villagers who fished for a living.

So imagine a scenario from the film “Waterworld” where dry land is a fantasy.

After school, they used hammer and nails to erect their “field.”

The village elders who once scoffed at their dreams, calling it outlandish and impractical, watched them, impressed by their fortitude.

Won over, the adults bought them shoes and uniforms. They concluded that if they could not beat them, they may as well join them.

For the community of 1,600, the boys had become their flag bearers.

In the final match, the boys are struggling, having lost two goals in the rain. They were not used to play in the muddy pitch. At halftime, they decided they played better without shoes. Playing barefoot most of their lives, they were able to control the ball better in the wet field.

They scored two goals for a draw before the whistle ended the game. It was not enough for a win, but they had in their hearts, come back from defeat and could hold their heads high. And they had given all they had, they had not quit.

Almost 20 years after their struggle against nature, poverty and prejudice began, their story is today legendary.

It is taught at schools and at corporations as what social responsibility can do.

Help the children realize their goals, no matter how impossible they may seem.

It is not in winning that counts. It is in our own ability to chart our own goals in life, to become what we aspire to be. If we work hard enough, that alone will take us very, very far.

A few years back, TMB Bank was looking for a story to use for their corporate identity program.

The executives scoured hundreds of scripts for the perfect tale to inspire their employees.

When they read the Panyee Village soccer kids story, they were so bowled over, they made it into a film for their “Make the Difference” campaign.

To recreate the story, then TMB executive vice president Paradai Theerathada decided to make a short film, sensing the power of the message.

“Our film was initially intended as a motivation program for our staff,” says Paradai. The bank had 8,750 employees and it was ranked as Thailand’s sixth largest commercial lender.

The film was used in a three-part commercial as well.

“It has great value which goes beyond simply giving charity.

“Many corporations in the past simply gave free food and free goods to poor people,” he says.

“But to remind people that their fate is truly in their hands is a much more invaluable gift. That frees them to do things they may have been afraid to do.

“By learning skills, we can all go much further in life.”

The boys at Panyee are grown up now and they lead independent and responsible lives.

To show how it started, Paradai decided to fly the film crew on location and relive the ordeal.

Set against the beautiful limestone enclave against misty mornings, the filmmakers have crafted handsome footage depicting a place where time seems to stands still.

Just like “Slum Dog Millionaire,” this film gives a measure of hope to people struggling for a better future.

“It all started when the boys, all in secondary school, decided to vie for the school championships.

“Do they win? We were actually pressured by our advertising company to deliver a happy ending but we decided to go with the truthful ending. We decided integrity was far more important and carried more much more weight.

“And the truth is even if you lose, it was good enough to reach the finals.

“They managed to beat so many rivals to earn a medal, that in itself, was a feat.”

Shot for 50 million baht, the film has the production quality that had earned dozens of international and domestic awards for marketing excellence.

The bank was happy to release it in the hope it would change the way people view themselves.

In this period, after the 2008 Wall Street crash, it is important that more people learn that it is not a good idea to rely on hand-outs and bail-outs.

After the filming, the bank invited Prasit Hemmin, one of the boys in the team who is now the village headman, to speak at a special forum.

“Our team was formed on the basis of refusing to bow to obstacles, no matter how big they might seem,” Prasit says.

“We had to be bold to push the limits and be able to think differently from the older generation.”

“Everyone is capable of envisioning a better future,” he says. “We should know that we can make it happen too.”

While Prasit’s team took third place in the competition, the boys were filled with pride because they had “come so far.”

That may be a subject of a sequel. But for now, Paradai says Prasit and his pals have shown “change is possible and it starts with you”.

Today, the villagers have built a brand new pitch. But the original wooden one still remains and is very popular among tourists who have seen the film and flock to see for themselves the remarkable place.

As of 2011, Panyee FC is one of the most successful youth soccer clubs in Southern Thailand, and the boys who built the pitch back in 1986 are now successful working adults.

The film has been seen on by more than a million viewers globally.

Top: As Koh Panyee did not have enough land for a football field, the boys built a wooden platform to practice.

First inset: After school, boys use hammer and nails to construct a floating field.

Second inset: Koh Panyee villagers cheer their boys in a send-off to the tournament.

Below: A new pitch has been built. 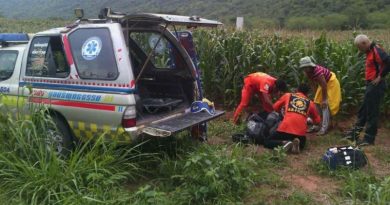