The Immigration Police arrested Wanpen 44 years old, the owner of a Karaoke bar named “Chomduean” in Ban Pai District, Khon Kaen Province. A Japanese man was previously arrested, he gave information that led to the arrest of Wanpen, a Thai woman selling girls under 18 years old in her business covered up under the name of a karaoke establishment.

The Japanese man had purchased services from young teenagers from Wanpen. She has been finding girls over 15 years old but not exceeding 18 years old for her customers. The girls are sold in the form of prostitution, the money earned is split between Wanpen and the girls. Officials discovered evidence that proved of Wanpen’s crime. To arrest her, they set up a sting operation to buy a young girl and arrested her on the spot as she came to deliver the girl.

During the same period of time, officials arrested 4 South Korean men from 2 cases, a case relating to an online gambling website with the base of operations in Thailand and a case of investment fraud.

The Immigration Police arrested 3 South Korean men related to an online casino website “peakb47.com”.  From October 2018 to February 2019 the website had an income of 2 Million USD or about 60M THB from South Korean gamblers. Their base of operation is in a Condominium room on Rama 3 Road, Bangkok. Officials have revoked their Visas and deported the men out of Thailand.

Another South Korean man was arrested at a mall on Ratchadapisek Road. He is wanted by Interpol on charges of fraud with damage of about 13 Million THB from 7 victims. The suspect is a member of a VIP travel group. He invited investors to join in a Vietnam business with a high investment return of about 10% interest monthly. 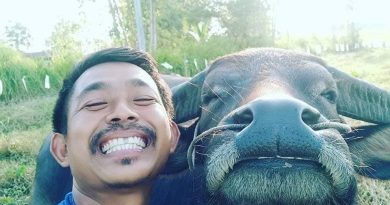