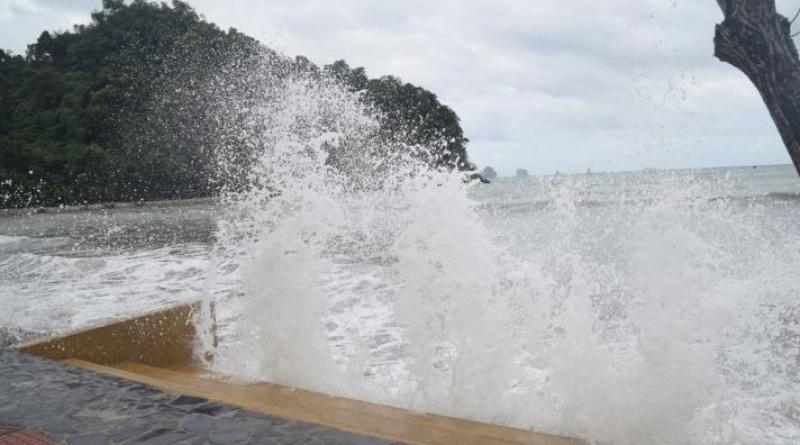 A LONG-TAIL tourist boat operator  in southern Krabi province defied a warning for small boats to stay ashore today (July 30, 2018) and instead sped off with a party of tourists with children and the elderly among them, the Thai-language daily Matichon reported.

Those who saw this boat take off from Ao Nang beach amid the rough weather with very strong wind and waves as high as 2 to 3 meters got concerned for the safety of the tourists, even though they were all wearing life vests.

As today is a public holiday, there were no officials around to monitor tourist activities.

Mr Paisal Khunsi, head of the Department of Disaster Prevention and Mitigation office in Krabi, had announced that 8 districts are at risk from the bad weather, especially those around Phanom Bencha hills and Khao Phanom and Mueang districts, as the heavy rain could trigger forest runoffs and there could be landslides. Small boats were forbidden from leaving the shore.

Below: A small boat sailing in the rough sea despite being warned to keep ashore. Photo: Matichon 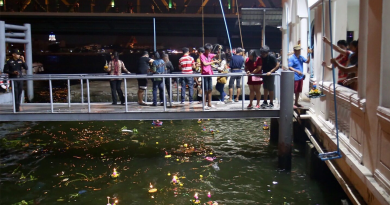 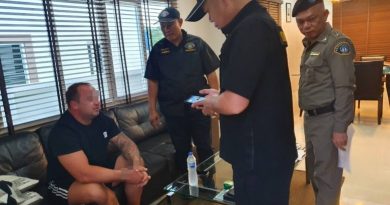 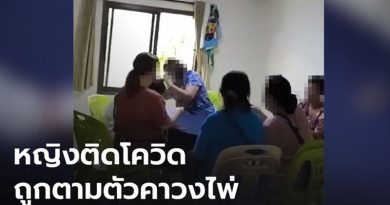