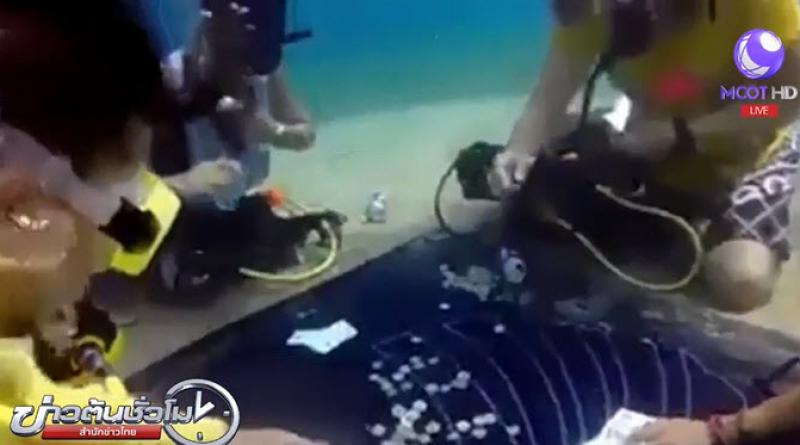 The startling video clip shows the 4 of them joyfully gambling with a mat spread out on the seabed on top of which are gambling chips which gamblers usually use.

This video clip triggered a storm of criticism with the critics wanting to know who the divers are, and where and when the gambling session took place, so that they are brought in for questioning. If the undersea gambling session occurred within the boundary of a national park then this would go against the regulations, they pointed out, adding that if tour operators arranged this sort of gambling then their license should be withdrawn, as this ruins the country’s image.

Top and in-text: Divers enjoying themselves gambling on the seabed in these stills taken from the video clip which has spread like wildfire online. Photos: Thai News Agency 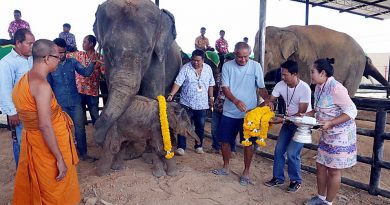 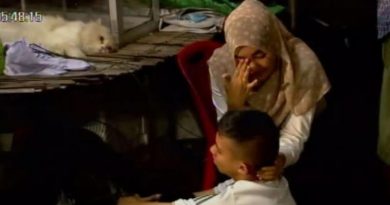 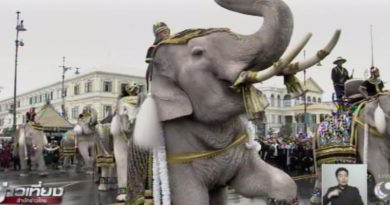