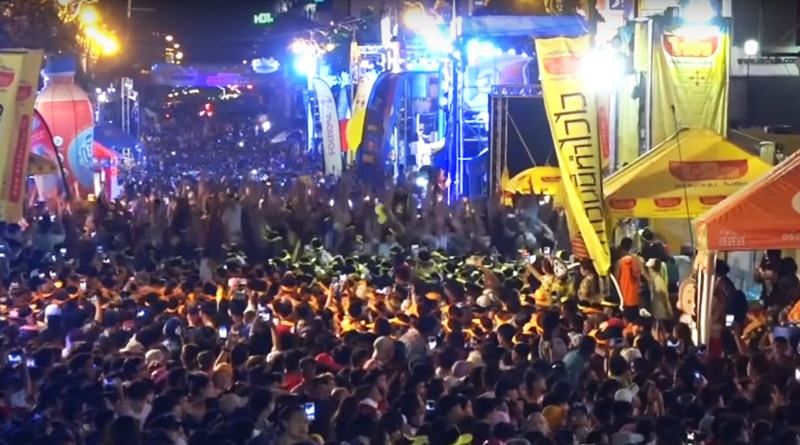 Thailand has achieved another world record this year, with the longest human wave by the people that joined the Songkran water wars in Khao Niew Road, Khon Kaen province. The human wave began on the 15th of this month around 7 pm. Theerasak Thekayupan the mayor of Khon Kaen joined hands with the authorities in the area along with the huge crowd of people to break the world record.

The 1.4-kilometer road was filled with people all along the way. The wave began at the Tiew hong intersection to the Khon Kaen City Gate. Theerasak gave the signal to start and then the human wave started, it went back and forth for 5 times with a total record of 17.41 minutes, beating the previous world record for the longest human wave.

The previous record owner for the longest human wave is 17.14 minutes in Japan at the Hanshin Koshien Stadium that took place in 2015. As for the new record, Somporn Naksuetrong Thailand’s representative for Guinness World Records has officially verified the longest human wave and will be publishing the record in Guinness World Records book that comes out every year.

Theerasak stated to the people that he is extremely thankful for everyone in joining the successful world record. The record is called the “Thailand Human Wave”.

Khao Niew Road is one of Thailand’s most popular location for the celebration of Songkran. Locals and visitors from all over the world come every year to join the extreme water wars that take place on the famous road. As for this year, over a period of 3 days, a total of over 320,000 people came and joined the fun. There will be another human wave for the 2020 Songkran as an activity for the people but there will not be another attempt to break the world record.

FB Caption: The Human wave went back and forth for 5 times across the 1.4-kilometer road with a total record of 17.14 minutes, a new world record. 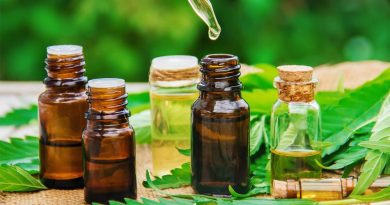 All set for medical marijuana treatment