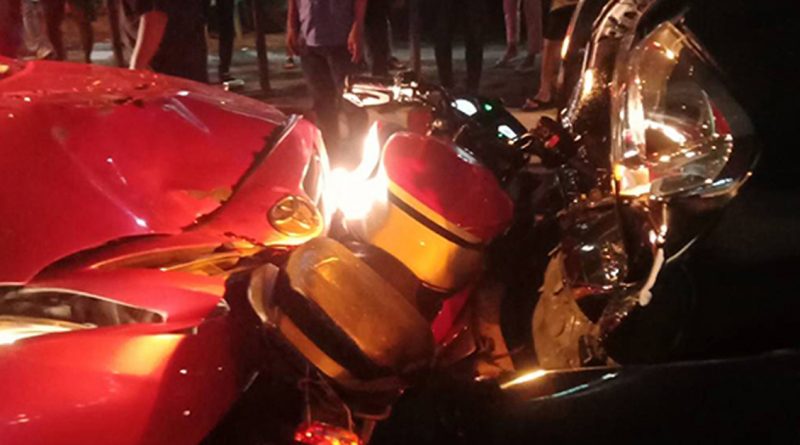 A taxi driver was attacked but the attacker ended up stabbing himself and is in critical condition. The taxi driver was shocked, losing control of the vehicle ending up in an accident. Police Major Wasin Thanopasrat from Bangkok Noi Police Station in Bangkok received a notification about a man who was acting out and attacked a taxi driver. The taxi ran into another vehicle in front of a LPG Siamgas station in Bangkok Noi District. Police and the local rescue team went to the location on 8 September 2020.

Officials found a pink taxi with a Bangkok license plate. Manaswin Nedthong 33 years old the taxi driver was standing beside his car still in shock. Kaimok Wansupoprasit 25 years old the injured attacker was also nearby wearing a black floral shirt with no pants on. Kaimok laid on the road holding a foot-long knife and a metal rod. He had stabbed himself in the neck and in the chest. Officials delivered the man to Siriraj Hospital.

Manaswin the taxi driver stated that he was looking for passengers on the road. Suddenly the attacker was seen running with no pants on holding 2 shiny sharp objects. The man attempted to enter many cars that were stuck in traffic but the doors were locked. Manaswin saw the man running to his taxi and tried to lock the doors but he couldn’t do it in time and the man entered his vehicle. Kaimok pointed a knife to his throat and ordered him to drive straight. The driver was shocked and lost control of the car running into 3-4 vehicles. He finally stopped in front of the gas station and left the car before running away for his life. Kaimok saw that Manaswin had escaped so he stabbed himself in the neck and in his chest. Citizens nearby saw what was happening and surrounded the taxi.

Toh an ex-friend of Kaimok came to officials stating that Kaimok used to work as a delivery driver at a shipping company. Kaimok was fired 2 months ago because he started acting strange. Kaimok often talked alone and had mood swings while working, oftentimes acting out on other employees. On the date of the incident, Kaimok was stressed because he was now unemployed. He got drunk and ran out of his room before attacking the taxi driver with no pants on. Officials will be interviewing all witnesses along with notifying Kaimok’s relatives.

FB Caption: Kaimok was fired from work as he liked to pick fights with other employees. 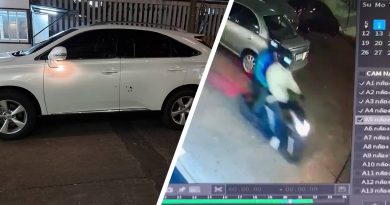