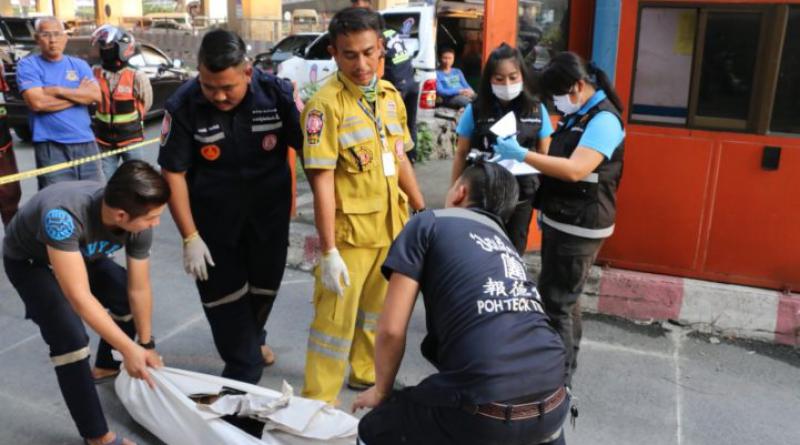 After reporting to his commander, he rushed to the scene along with his station’s investigation officers, forensics officers, Ramathibodi Hospital’s forensics pathologist and volunteers from Poh Teck Tung Foundation.

When he arrived at the toll collection booth under expressway number one, the officers inspect the booth and found a dead body of a man. The body was later identified as 47 years old Mr Mongkol Wypan, who was in a blue-white plaid shirt, black slack long pants and orange sneakers. Around his neck was tied an electric cable. It was approximated that he was dead for 6 – 12 hours before his body was found. Mr Mongkol’s body was later sent to Ramathibodi Hospital’s Department of Pathology.

The officers have interrogated 53 years old Mr. Surapon Sorndee, a Praram 9 Hospital’s parking space security guard who was the first to spot the body.

He told the police that he was on his usual route, on his bicycle, checking the parking area which was close to the scene.

When he passed nearby, to his eyes it looked as if someone was hanging a shirt in the old abandoned toll collection booth.

Curiously, he decided to walk closer only to find a dead human body within and also with something tied around the neck. That’s when he called the police as soon as he could.

Pol.Lt. Nuttawut said the officers initially assumed from preliminary acquired information that the cause of suicide could probably be overwhelming stress from unemployment.

However, the officers will contact the relatives of the deceased to interrogate further for more details in hope to find out the real cause of death. 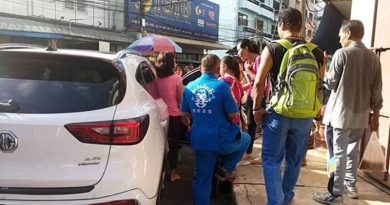 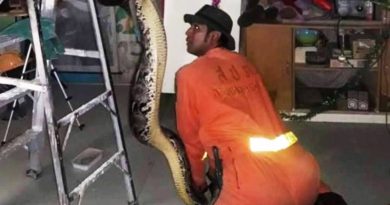 6 meter Python living on the ceiling of a house in Bang Na, Bangkok. 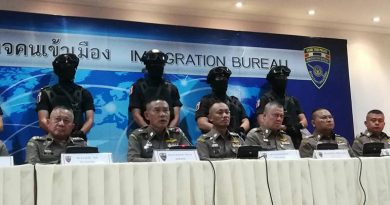