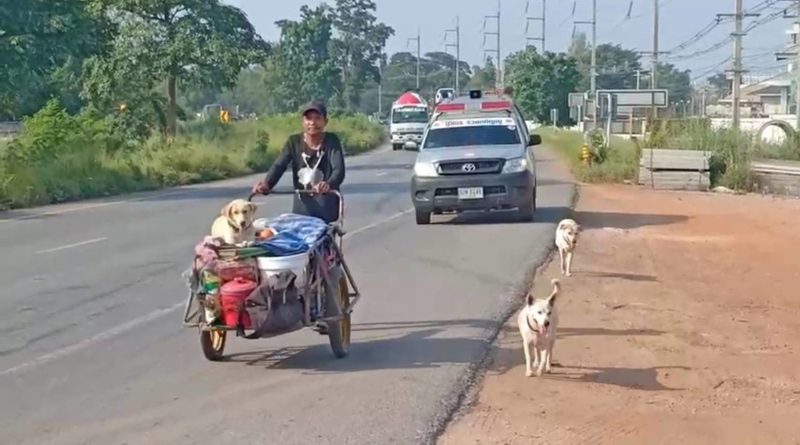 With a metal urn containing his wife’s ashes, 40-year-old Sakchai Supantamart has embarked on a ‘journey of love’ to fulfill the promises he gave to his wife, who passed away two years ago.

Accompanied by his dog and two strays he picked up along the way, Sakchai first went up to Doi Intanon in the northern Thai province of Chiang Mai, where he first took his wife on vacation.

He is now on the way to the southeastern province of Trat, which is one of his wife’s holiday destinations.

With little money in his pocket, Mr. Sakchai stopped at Buddhist temples, where monks gave him free food and a place to sleep with the three dogs.