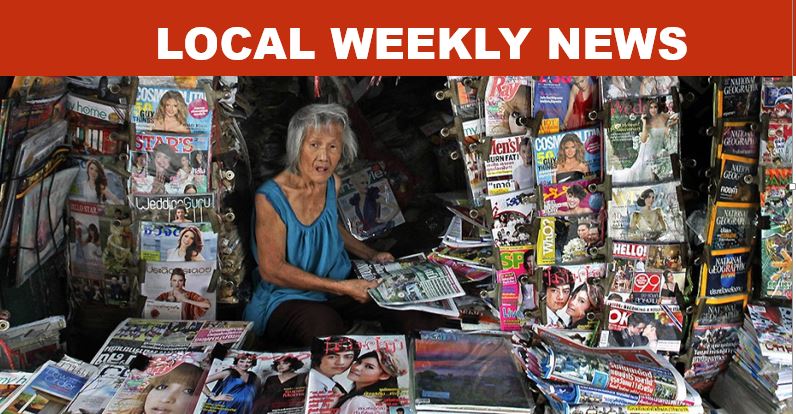 AFTER many media groups’ strong pressure and objections, the whip committee of the National Reform Steering Assembly (NRSA) advised the media reform committee to revise the bill. “We agree in principle the voluntary self-regulation of media organizations should be upgraded and become a responsibility of a legal profession council. But the composition and authority of the councilors should be reviewed,” he said.

Earlier, media groups and professionals had heavily criticized the bill as steps backwards and four members from the NRSA’s panel on media reform who are Suwanna Sombatraksasuk, Chakkrit Permpool, Pradit Ruangdit and Amornrat Mahitthirook announced that they would submit their resignations to protest against the proposed bill as it was considered measures to control the media.

Consumer confidence up but not spending

A survey done by University of the Thai Chamber of Commerce indicates that, though consumers are still worried about the economy (floods in the South, global economy’s uncertainty, US President Trump’s policies and higher oil prices) and thus were very careful about spending, their confidence increased in January.

Such confidence increased for the second consecutive month following the country’s recovering export growth and a positive outlook of the export sector. Precisely, the Consumer Confidence Index (CCI) increased slightly from 73.7 points in December to 74.5 in January. A level below 100 reflects weak consumer sentiment.

Education Minister Teerakiat Jareonsettasin and his ministry is proposing the idea of splitting off the ministry’s Office of Higher Education Commission (Ohec) into another ministry in a bid to solve university standards crisis. Dr Udom Kachintorn, former president of the Council of University Presidents of Thailand was recently appointed by Education Minister Teerakiat to head a special 15-member committee to study and oversee the process of coming up with a Ministry of University Affairs.

According to Dr Udom, the new ministry is expected to have more authorities to intervene the universities’ administration. The crisis comprises of problems such as university graduates being incompetent in their fields, a surplus of graduates in social sciences, and a lack of qualified graduates in technology and vocational fields, lack of good governance, internal conflicts at some university councils, some universities offering substandard or unpermitted courses and even fake degrees. The process of establishing the new ministry may take at least a year.

According to the Times Higher Education University Rankings 2016, Thailand had only one university among the top 100 universities in Asia and none in the world’s top 400.

Inset: Teerakiat is eager to split his ministry. Photo: Bangkokpost.com

Starting last Wednesday February 1 until April 30, burning of agricultural and other waste is prohibited in a bid to help prevent the annual severe smoke haze polluting the air in Northern provinces. Such haze has become an annual problem and regularly affects the provinces during the dry season. Deputy governor Somchai Kitcharoenrungroj said the 89-day period is an extended time from last year’s insufficient 60-day ban wherein the smoke pollution was still evidently apparent at the end of the period.

He said the district authorities were told to strictly enforce the ban. Violators would get one warning followed by legal action if violation persisted. Of the 114 quakes, nine were felt and the strongest quake was a 4.2 magnitude tremor which rocked Chiang Mai’s Chom Thong district on January 15 at 3.35 p.m. with this area also sharing with Mae Wang district the other over 90 tremors that occurred in Chiang Mai.

The energy released by Mae Tha fault line resulted in such frequency of  quakes which, in January alone, was higher than the entire of 2016.

Inset: A map of Northern Thailand which was rocked by 114 small quakes last month. Image: Earthquake.tmd.go.th

Already famous for its many historical site, Sukhothai has just added one more attraction, a 1,200-rai field of yellow Indian hemp, known in Thai as por thuang, in Ban Mon Khiri village in tambon Muang Kao of Muang district.

Land development officials encouraged the cultivation of Indian hemp among local farmers in keeping with the government’s plan to reduce second-crop rice cultivation in the Chao Phraya river basin.

The plant is then buried and used to make fertilizer for future rice cultivation while the seeds could be sold to the local land development office plus receiving a 500-baht subsidy per rai from the government, said Sukhothai land development director Suchart Rianthong.

He also said that, throughout Sukhothai, the yellow blossom fields would expand from 1,200 rai to 8,600 rai within this year.

Readers of Thairesidents.com sure now have one more new destination to visit. 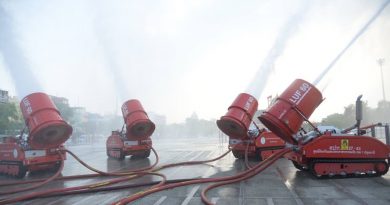