Metal Rods falls from a truck into a car driving behind, fortunately, the rods didn’t break through the windshield. The truck driver claims he tied the metal rods securely but the old rope is to blame. The incident was shared on Facebook by the victim. Thipyawadee 37-year-old stated that she was driving into a local mall in Nonthaburi province. A truck carrying metal rods was driving in front of her, suddenly the metal rods fell onto her car. When she asked the driver why the metal rods weren’t properly secured, the truck driver claimed it was the old rope’s fault for being weak. When the metal rods fell Thipyawadee was parked at the car parking box getting a parking card. The victim believes that if she had left the box the metal rods would’ve come straight through her windshield. Thipyawadee asked on Facebook “When will these people stop being so careless?”.

Thipyawadee gave an interview to Khaosod News Team on 22 September 2020. She stated that the incident took place on the 3rd at 15.30. She had just picked up her 5-year-old son and 4-year-old daughter from school. When they arrived at the mall a truck carrying metal rods was in front of her with no red flag to help warn other drivers of the rods. She stayed far behind and when she arrived at the parking box the metal robs fell off the truck onto her car. If she would’ve gone any closer the rods would’ve entered her windshield. The victim’s daughter sitting in the front passenger seat stated to her mom “Why didn’t he tie the metal rods? Why would he let it fall down?”.

FB Caption: The truck driver claimed he secured the metal rods but the rope must’ve been weak. 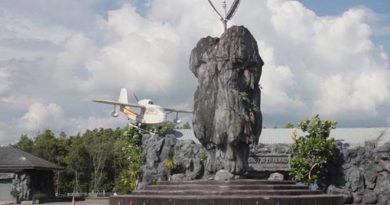 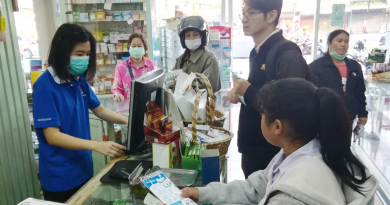