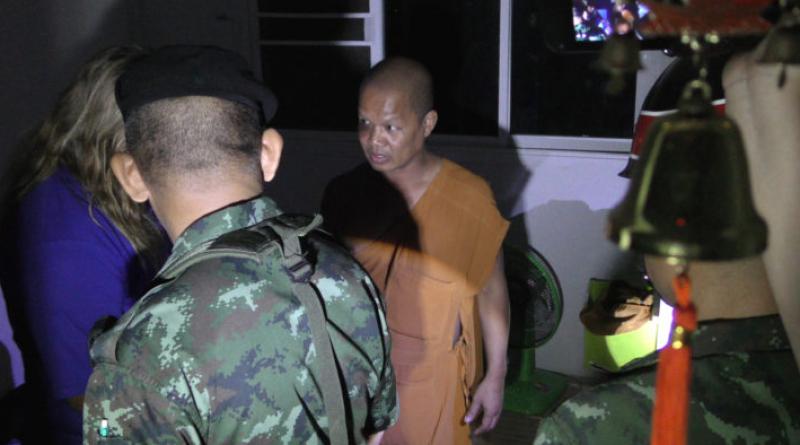 A 48-year-old Buddhist monk was defrocked this morning (Feb. 11) after he was caught having sex with a 44-year-old woman in his room at Khaola Larpworajak Temple in the central Thai province of Chai-nat, the Thai-language daily Matichon reported.

Police detectives came to the temple after being told by a villager that he saw a woman entering the monk’s room around 10 pm last night. The monk jumped off the window when a policeman knocked on his door, only to fall into the arms of another policeman.

The tryst had been going for quite some time, and the villagers finally decided to take action.

“Good riddance,” an elderly man told a Matichon reporter, as the monk was taken away in a police car.

Top: The Buddhist monk after he was caught having sex with a woman in his room at the temple. Photo: Matichon