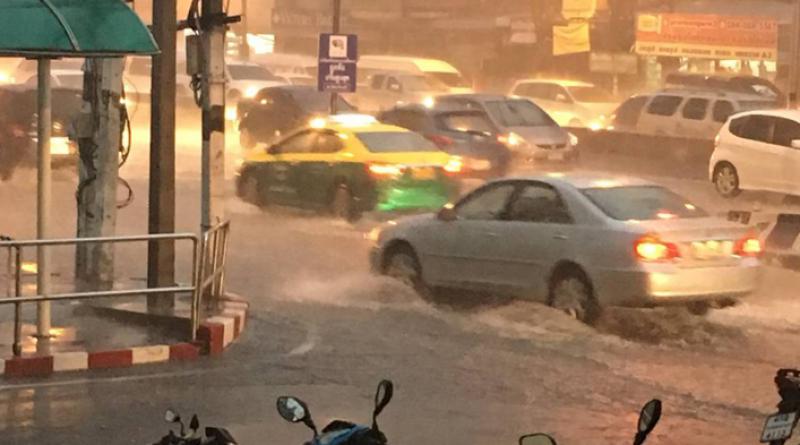 LIGHT to medium-level rain across Bangkok from dawn led to severe traffic congestion in many areas with Thonglor and Petchaburi roads having the heaviest jams, Thai News Agency quoted FM91 radio as reporting today (Feb. 23).

The Flood Control Center at the Department of Drainage and Sewerage said while light rain drenched the whole metropolis from dawn, medium level rain fell in Phaya Thai, Chatuchak and Bangsue areas with the heaviest fall being at Nong Khaem measuring 64.5 millimeters.

Only one key road got flooded and that is Ngam Wong Wan near Laksi but the situation is already back to normal. Meanwhile INN News quoted deputy police spokesman Pol Col Krisana Pattanacharoen as saying that the bad traffic situation this morning arose from the heavy rain across Bangkok and nearby provinces.

National Police Chief Pol Gen Chakthip Chaijinda has ordered the traffic police to go out in full force in all areas to help the public as there are reports of accidents in many places.

They were also told to liaise with the Central Traffic Police Command and send additional officers to flood and accident prone areas.

Top and in-text: Traffic moving a snail’s pace on many roads this morning. Photos: INN News 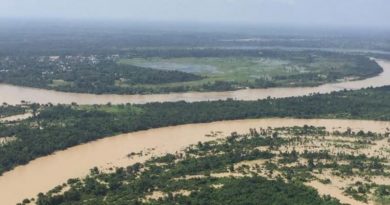