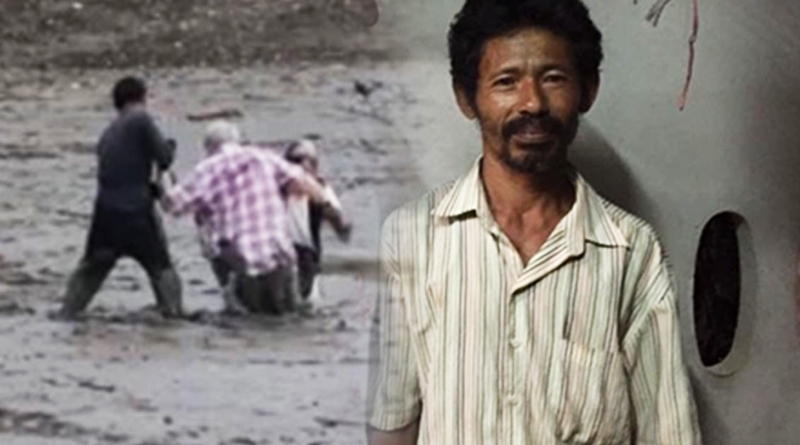 Mr. Chud Ubonjinda 47 years old is a fisherman who became a hero after saving a Norwegian couple 3 years ago from the mud-like quicksand in Krabi province. After saving the couple Mr.Chud’s action made him famous both locally and internationally for being a hero that everyone looks up to. Today, 3 years after the incident, he is left suffering from severe back pain making him not able to work and is living with no income to his family.

Mr. Chud stated that he is suffering from a terrible back pain where he cannot do any hard work as he used to 3 years ago. The most that he can do with his body is catching small fishes where some days he can’t even leave the house. When he rescued the Norwegian couple, they were being sucked into the ground by mud-like quicksand, he walked into the mud then pulled them out, while pulling them out he let them step on his back to escape from the quicksand. This has left him in severe pain across his back down to his waist.

When he started to feel the pain, he went to the doctor who X-Rayed his back and discovered a black spot in the bone joints located in his waist, it is estimated that the black spot is a result from when the Norwegian’s pushed their knees on his back. Mr. Chud only asks for help to heal his back or at least a method to lessen the pain, so that he can go back to working and finding money for his family. Mr.Chud currently lives with his wife, his children, and his grandchildren. Where the only income is from his oldest daughter that works at a convenient store.

Mr.Chud has gained a short period of fame from the rescue, but it has left him with excruciating pain that has heavily affected his life. He has received multiple local and international awards for rescuing the Norwegian couple from quicksand in Krabi province.

The Norwegian couple Aerold Hagen and Goo Yasiang were sucked in by the mud-like quicksand while they were taking pictures of animals at a mangrove forest located near a Dam in Krabi. While he rescued the couple, civilian named Theerasak Saksritawee took a video of the incident and posted it on Social Media making Mr.Chud famous for being a hero who saved the lives of two strangers. FB Caption: He let them step on his back to escape from the mud-like quicksand. This has left him with excruciating back pain for 3 years, where some days he can’t even leave the house.