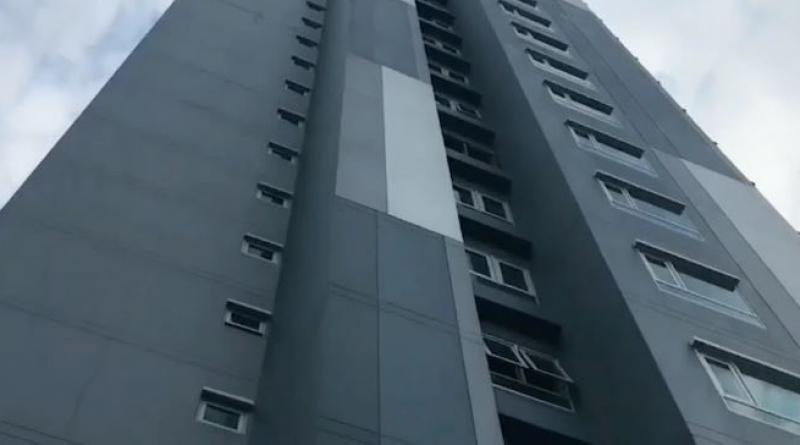 A NEWBORN baby was flung down a condominium in Pattaya and died upon hitting the ground with police having called those involved for questioning and are also going through CCTV footage, Thai News Agency reported today (Nov. 7).

Pol.  Lt. Col. Pithat Nernsang, an investigator at Pattaya police station, Pol. Lt .Col. Theerasak Seesang and other investigators rushed to a condominium on Pattaya 2 road yesterday after being alerted of the murder and there they found a newborn baby boy dead in a plastic bag.

Mr Apichart Changwan, 26, a curtain installer, said he was putting up curtains at unit number 473 on the fourth floor when he saw a plastic bag going down outside the window. He peered down and saw the dead baby so alerted the condo management.

Initially police have called those concerned for questioning so as to get some evidence and they are also quickly checking the condo building’s CCTV footage for more clues so in order to take action against the culprit.

Top: The condo building from which the newborn baby was flung and died. Photo: Thai News Agency

First inset: Police questioning some people at the condo building where the newborn baby was thrown down and died. Photo: Thai News Agency

Below: Apichart the curtain installer who saw the baby going down. Photo: Thai News Agency 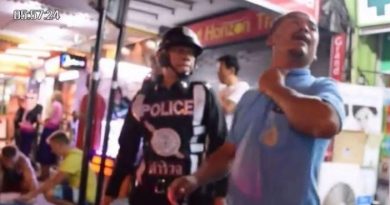