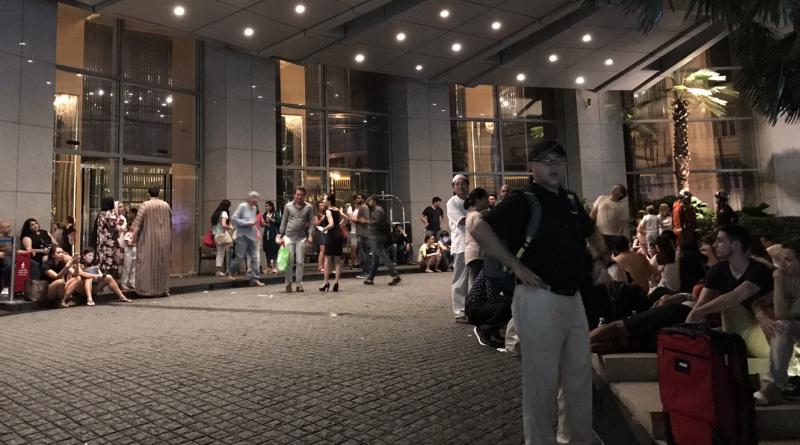 HUNDREDS of tourists rushed out of Bangkok Marriott Hotel at Sukhumvit soi 57 after a fire broke out on the sixth floor around midnight but fortunately there were no injuries or fatalities, Thai News Agency said this morning (June 29).

This blaze, which firemen quickly put out in 20 minutes, broke out at 10 minutes after midnight on the sixth floor’s multipurpose room used for both running electric cables and disposing garbage. While Phra Khanong station firemen pointed out that forensic officials would determine the cause of the blaze, they suspect that a blaze in this type of a room could have only occurred through the discarding of a lit cigarette on to a pile of garbage.

A food vendor who has a stall opposite the hotel said he first saw smoke pouring out from the hotel’s sixth floor and soon after that guests started running out with most in a state of shock and some were wearing swimsuits while others were carrying sleepy children.

After officials were certain the hotel was safe again then only were the guests allowed back in.

Top and inset:  Marriott  Hotel Bangkok at Sukhumvit soi 57 and guests outside the hotel after a fire broke out last night. Photo: Thai News Agency 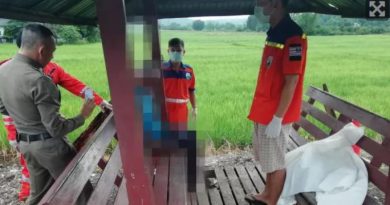 Talking to a dead man