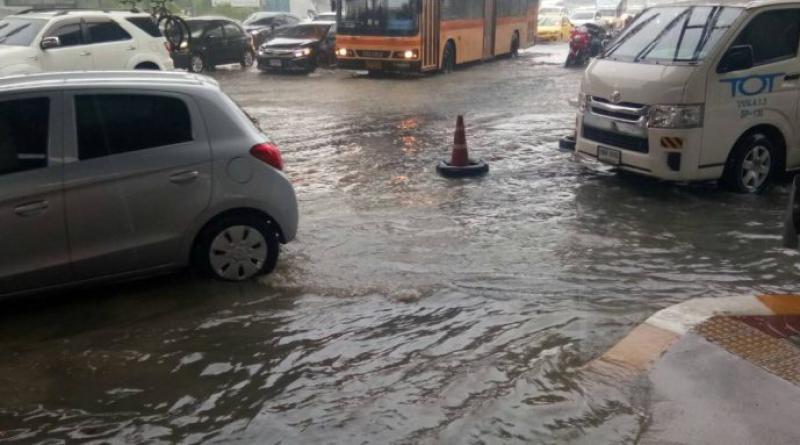 PARTS of northern Bangkok got heavily flooded this afternoon (May 6) after torrential rain lashed the area turning this into a miserable Sunday for some people, INN News reported.

Bangkok Metropolitan Authority’s Flood Control Center said at 3 pm that Prachachuen, Ngamwongwarn and Khae Rai areas to the north of Bangkok got badly inundated this afternoon with this triggering serious traffic snarl-ups as car moved slowly through the floodwater.

However, officials are rushing to drain out the floodwater and the situation is expected to return to normal tonight. Other areas in the northern part of the city, including Lad Phrao, Chatuchak and Bang Sue were also lashed by heavy rain.

Across the river in Thonburi side of the metropolis, medium level showers fell in Thawi Watthana and Taling Chan areas all the way to Phuttamonthon and Samphran districts.

Meanwhile the Thai Meteorological Department said today that Bangkok faces isolated and scattered  thunderstorms during May 6-8 and scattered to fairly widespread thundershowers during May 9-12. Minimum temperature will be in the range of 24-26 ° Celsius while maximum temperature 31-35 ° Celsius. Southeasterly wind will be around 10-25 km an hour.

At the same time southwesterly winds will strengthen in the South during  May 7-12 and may bring additional rain with isolated heavy falls in some areas.

Top, in-text and below: Some northern areas of Bangkok got heavily flooded this Sunday afternoon. Photos: INN News 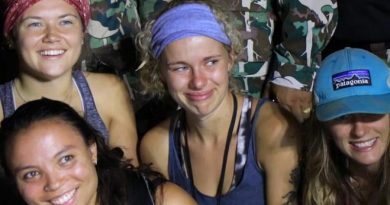