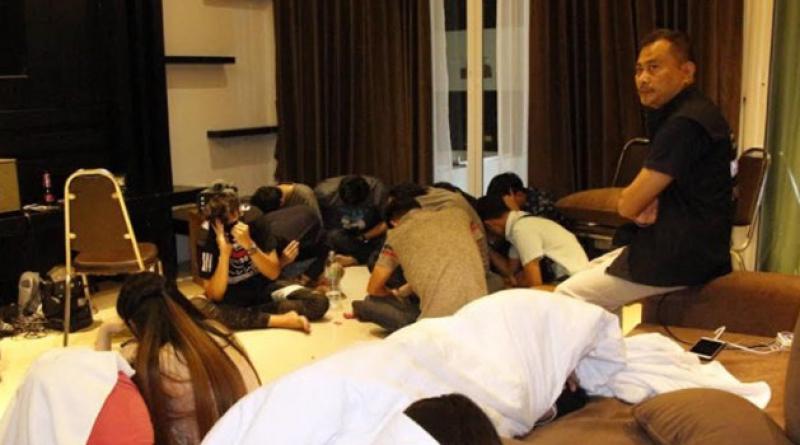 A 29-year-old son of a provincial police commander was arrested along with 13 other friends engaging in a drug party on the outskirts of the Thai tourist city of Pattaya before dawn today (March 24), Sanook.com reported.

Acting on a tip-off, Chon Buri provincial police raided a hotel room and arrested eight young men and six teenage girls in possession of ketamine (a type of narcotic drug).

One of the arrested offenders is the 29-year-old son of the provincial police commander in the northeastern Thai province of Chaiyaphum.

Top: The drug party suspects cover themselves as this picture was taken after their arrest. Photo: Sanook.com 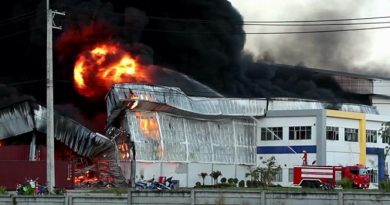