THE government opened an official center to accept donations to help flood victims in the South and asks donors to give cash because there is still a problem about moving consumables to the disaster area, Thai News Agency said today (Jan. 10).

Chirachai Multongroey, deputy undersecretary of the Prime Minister’s Office, said because the government is deeply concerned about flood victims facing widespread hardship it has opened this donation center to help them.

Those interested should transfer money to the Fund to Help Disaster Victims at the Prime Minister’s Office at Krung Thai Bank Government House branch account number 067-0-06895-0 with details available by calling 1111.

It would be easier if donors gave cash rather than consumables and dry food because transferring goods is difficult right now, Mr Chirachai said, adding that cash is easier to use to meet the real needs and resolve the dire problems on the ground.

Provinces or units needing a budget to take action should send a letter to this fund asking for financial help by tomorrow. Prime Minister’s Office Minister Omsin Cheewapruek is the head of this fund.

Top: All four lanes of the highway at Pak Phanang district of Nakhon Si Thammarat remained flooded this morning with the inundation covering a kilometer of this highway. Photo: Thai News Agency 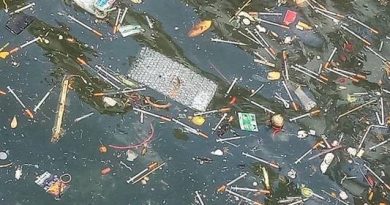 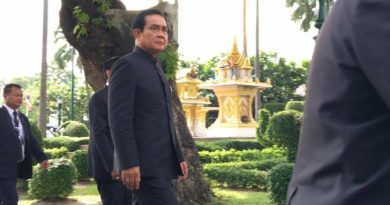 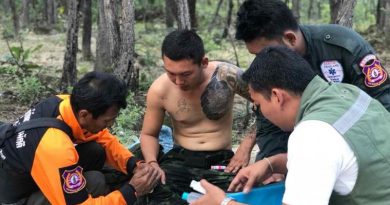