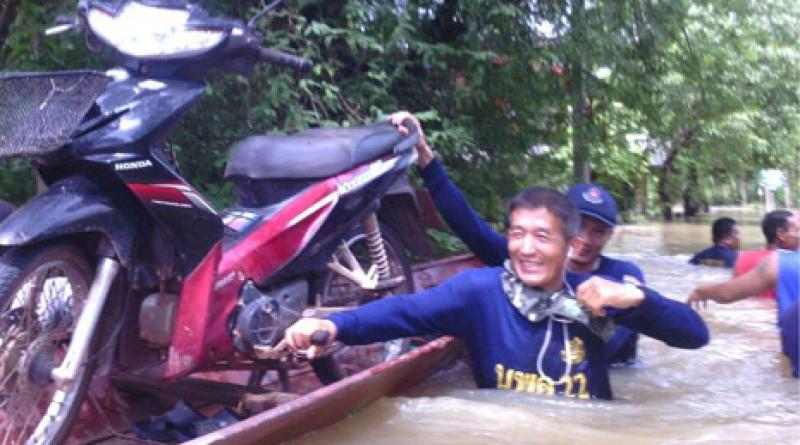 The authorities are closely following the situation in the remaining seven districts and if a crisis arises they too will be declared disaster area.

Floodwater is staying steady at a meter high but most of the flooding is in the farmland with 180,000 out of a total 1,300,000 rai submerged.

Officials have installed water thrusters and pumps at various points to quickly drain out the floodwater into Mekong river and think if it does not rain anymore the situation will return to normal in seven days’ time.

Nakhon Phanom governor Somchai Witdamrong opened a donation center to help flood victims in both Nakhon Phanom and Sakon Nakhon in front of the city hall.

According to his personal estimation,  2,000 households in his province have been affected by the floods. Driving all night rainstorms in many areas of this district caused trees to fall over and knock down six power and communication poles at the entrance to Baan Mae Tuen community triggering a blackout but no injuries.

District chief Suebpong Nimpholsawat quickly liaised with Provincial Electricity Authority and concerned agencies to cut the power supply for safety and this morning is rushing to remove the trees and poles from the road with this expected to be  completed by this evening when power will likely flow again. 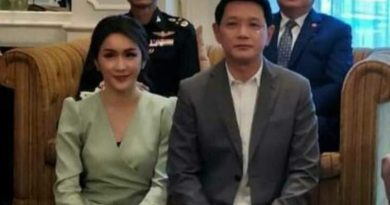 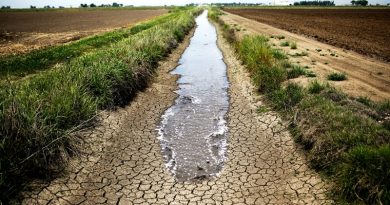