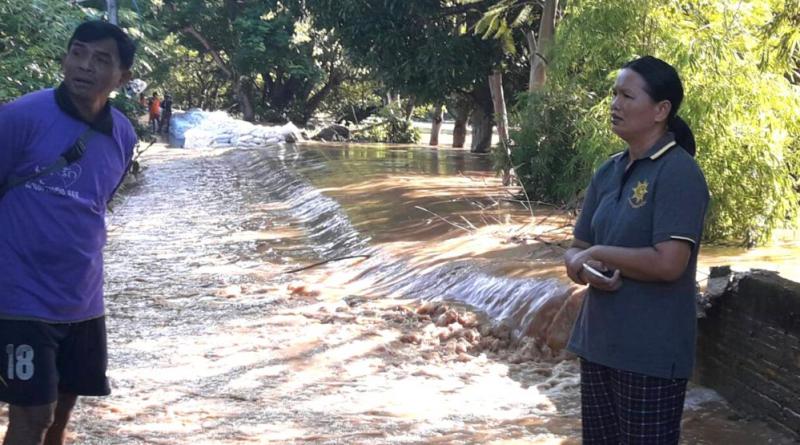 Thursday October 19, 2017 – Amid the ongoing floods upcountry it was reported that the water level situation of Pasak river has got worse as it overflowed and inundated many subdistricts of Lom Sak district in north-central Phetchabun province.

The water mass has recently flowed into Lan Pa subdistrict in Lom Sak district and at around 1 am of October 19 it then began to flood other communities alongside Pasak river including areas of Moo 3, 7, 8, 10, 11, 13, 14, and 18. More than 100 villagers’ houses were hit by the flash floods. The inundation occurred despite the Lan Pa Subdistrict Administration Organization’s (SAO’s) prior attempt to prevent the overflow by reinforcing and increasing the height of its over 10-kilometer long flood levee along the river bank.

Specifically, at Moo 7, Baan Jang Wang in Lan Pa subdistrict, the overflowing tides were so strong they eroded the base of the concrete levee’s wall to the point that the wall collapsed for a length of 20 meters, allowing the water from Pasak river to gush in and damage most of the village’s houses and properties.

When morning came, the Lan Pa SAO rushed to evacuate children and the elderly from the village to a safer place. It then tried to search for big bags to fill them up with sand in the hope to line them up as a barrier to block if not slow down the flow at the penetrated levee.

At the same time flooding situation of Lom Sak Muang municipality and Tambon Tan Diao municipality has become less severe since the water level started to recede. The previous deeply flooded main roads are now commutable and almost dried up.

The people are now focusing on cleaning the mud off their properties and belongings while the municipality takes care of cleaning up the road surface in various affected routes. Regarding the water level of Pasak river that flows by the municipality, though still very high, it is tending to drop continuously.

According to the Meteorological Department’s Weather Warning No. 4 for October 21-26 (issued on October 20), there will be “variable weather conditions in the upper part of the country” due to the strong high-pressure system from China that will extend to northern Thailand where the condition is still hot and humid.

For the first three days, amid variable weather conditions, thundershowers and gusty winds can be expected along with some heavy rain. Then a decrease in temperature by 2-5 degrees Celsius will follow starting from the northeast then to other areas of the country. 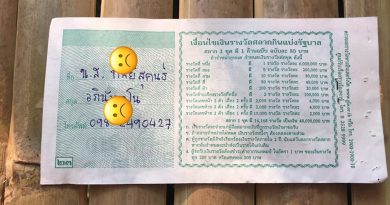 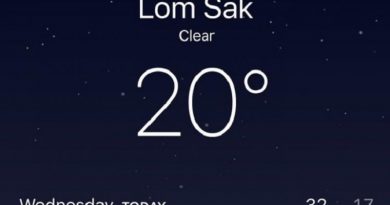 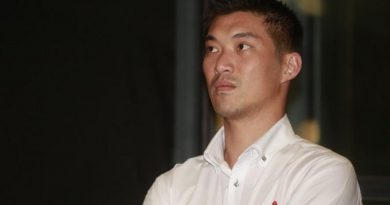 Call for all parties to help end coups