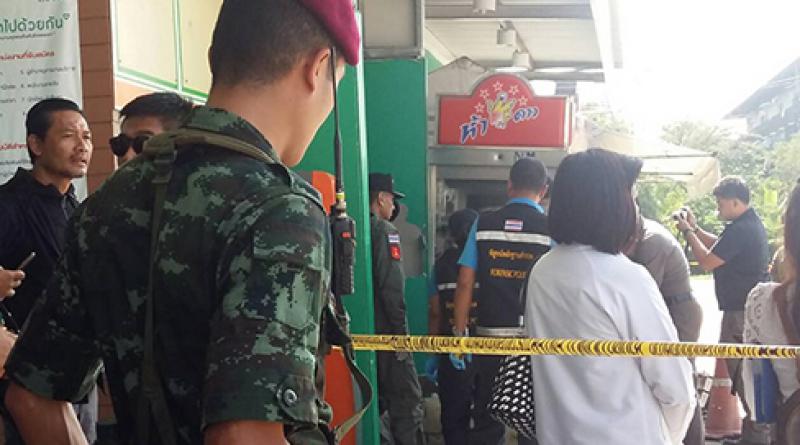 METROPOLITAN police division 4 is holding a meeting on an ATM machine explosion in Bangkok before dawn yesterday but confirmed this blast is not linked to security issues, INN News said today (Sept. 14).

Pol. Maj. Gen. Nathachart Suphamongkol, head of Metropolitan police division 4,  called Prawet police station investigators to a meeting on the blast of the ATM machine in Soi Krungthep  Kreetha 35 with the lone criminal escaping with over 300,000 baht in cash.

He underscored that the criminal’s intention was to get cash with the explosion definitely not linked to cases on security because this is not a prime area for sending such a signal.

Police have ascertained that only one criminal was involved and are quickly checking CCTV footage but this is taking time because the robbery occurred in the dark.

Whether the criminal is a professional or not would only became clear after forensic evidence results come in, he added.

However Deputy Prime Minister Gen. Prawit Wongsuwan has ordered police to quickly chase and catch the culprit because the public is greatly interested in the case.

Regarding evidence on the explosive device used, Pol. Maj. Gen. Nattachart said he is waiting for Explosive Ordnance Disposal team’s report because there is no indication that it was assembled at the site.

He also could not say whether the gas tank which police bought in to check  was linked to the blast because the force of the explosion was only at the cash machine not the nearby building and area.

Pol. Maj. Gen. Nattachart added that it is uncertain whether the assembling of this explosive device shows a linked to the three southern provinces because these days criminals copy what is shown in films. 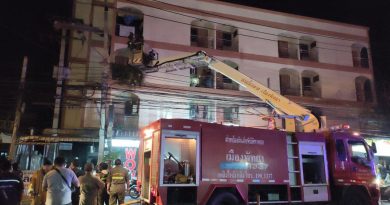 5-year-old saved from an apartment fire. 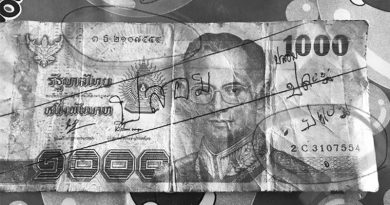 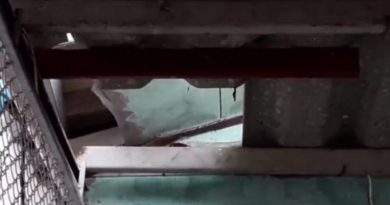