Police helped a 70-year-old grandmother after she was kicked out of home by her step-child. The granny stated her husband died and after she was kicked out has been sleeping by the road. The police saw the woman and thought of his own mother and decided to help. She has been delivered to a friends home and now has a safe place to sleep. Police Captain Kunrung Srimuang 51 years old from the Nadee Police Station in Prachinburi Province posted the video online on 18 July 2022. The video went viral online shortly, the officer told Khaosod News the story on 25 July 2022.

He received notification from the local 191 station about a person sleeping in front of a home. He went to inspect the area and found the grandmother. She was sleeping on an old bed placed on the road. The officer talked to the woman who stated she had nowhere to sleep. Her husband died and after her step child kicked her out of the home. She knew someone in Nadee Province so the officer offered to deliver her. As they were driving he kept driving in the same area because she could not remember the address. He decided to ask villagers in the area and successfully found the home. The woman inside stated she was a good friend with the granny.

The granny cried and was very thankful for the officer who helped deliver her somewhere safe. The officer revealed he felt very bad for her as she reminded him of his own mother at home. He decided to visit her 3 days after delivering her. This is when he realized the step child wanted nothing to do with her. He recorded the video to show the good he did but didn’t realize that it would go viral. The officer stated he is thankful for all the good comments and wish he did a better job recording the video.

FB Caption: The granny cried and was very thankful for the officer who helped deliver her somewhere safe. 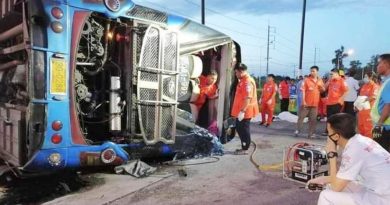 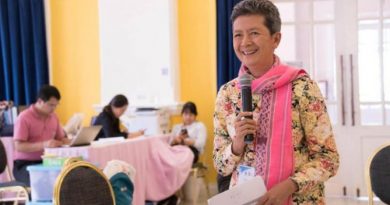